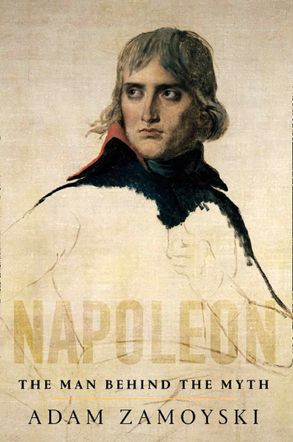 Napoleon: The Man Behind the Myth

‘Napoleon is an out-and-out masterpiece and a joy to read' Sir Antony Beevor, author of Stalingrad

A landmark new biography that presents the man behind the many myths. The first writer in English to go back to the original European sources, Adam Zamoyski's portrait of Napoleon is historical biography at its finest.

While he displayed elements of these traits at certain times, Napoleon was none of these things. He was a man and, as Adam Zamoyski presents him in this landmark biography, a rather ordinary one at that. He exhibited some extraordinary qualities during some phases of his life but it is hard to credit genius to a general who presided over the worst (and self-inflicted) disaster in military history and who single-handedly destroyed the great enterprise he and others had toiled so hard to construct. A brilliant tactician, he was no strategist.

But nor was Napoleon an evil monster. He could be selfish and violent but there is no evidence of him wishing to inflict suffering gratuitously. His motives were mostly praiseworthy and his ambition no greater than that of contemporaries such as Alexander I of Russia, Wellington, Nelson and many more. What made his ambition exceptional was the scope it was accorded by circumstance.

Adam Zamoyski strips away the lacquer of prejudice and places Napoleon the man within the context of his times. In the 1790s, a young Napoleon entered a world at war, a bitter struggle for supremacy and survival with leaders motivated by a quest for power and by self-interest. He did not start this war but it dominated his life and continued, with one brief interruption, until his final defeat in 1815.

Based on primary sources in many European languages, and beautifully illustrated with portraits done only from life, this magnificent book examines how Napoleone Buonaparte, the boy from Corsica, became ‘Napoleon'; how he achieved what he did, and how it came about that he undid it. It does not justify or condemn but seeks instead to understand Napoleon's extraordinary trajectory.

Adam Zamoyski is a British historian of Polish origin. He is the author of the best-selling 1812: Napoleon’s Fatal March on Moscow and its sequel Rites of Peace: The Fall of Napoleon and the Congress of Vienna, as well as several other acclaimed works on key figures and aspects of European history. His books have been translated into Russian, Chinese, Japanese and Persian as well as most of the European languages. His comprehensive history of Poland, The Polish Way, not only featured in the best-seller lists for several weeks when it came out in 1987, but has never been out of print since. Zamoyski has also contributed to all the major British papers and periodicals, as well as lecturing widely in England, Europe and the United States. He lives in London and Poland.

Other Works by Adam Zamoyski

Phantom Terror: The Threat of Revolution and the Repression of Liberty 1789-1848

Napoleon: The Man Behind the Myth by Adam Zamoyski