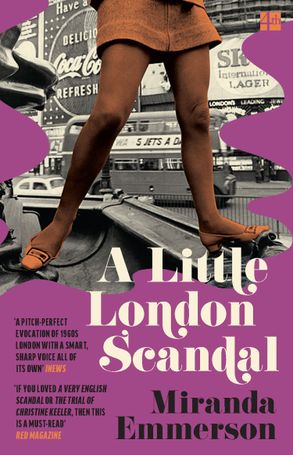 ‘Anna had her neighbourhood. Covent Garden for raspberries and carrots. Seven Dials for shift dresses and corduroy skirts and a hundred shades of polyester blouse. Monmouth Street for coffee bars, musicians and actors and students out on dates.

What London sold was not pleasure itself but the promise of it. People came, and they brought their hunger with them.’

London. 1967. Nik Christou has been a rent boy for four years; he has learnt to navigate the ins and outs of Piccadilly Circus, to spot a pretty policeman and interpret a fleeting glance. One summer night his life is turned upside down, first by violence and then by an accusation of murder.

Anna Treadway, fleeing the ghosts of her past, works as a dresser in Soho’s Galaxy theatre: a role that grants her access to the city’s many intersecting worlds. Convinced that Nik is innocent she determines to find him an alibi.

But how can you spot the truth when everyone around you is playing a role – and where the spark of scandal is quickly snuffed out by those with power?  As Anna begins her search amongst a cast of MPs, actors, members of gentlemen’s clubs and a hundred different nightly clients, will anyone be willing to come forward and save Nik from his fate?

Other Works by Miranda Emmerson

Miss Treadway & the Field of Stars