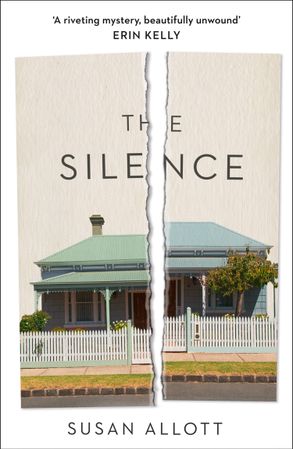 'A riveting mystery, beautifully unwound. The Silence excavates dark, decades-old secrets buried in human hearts, in families and in nations. I read it in one weekend' ERIN KELLY

It is 1997, and in a basement flat in Hackney Isla Green is awakened by a call in the middle of the night: her father, phoning from Sydney.

It is 1997, and in a basement flat in Hackney Isla Green is awakened by a call in the middle of the night: her father, Joe, phoning from Sydney.

30 years ago, in the suffocating heat of summer 1967, the Greens' next-door neighbour Mandy disappeared. Joe claims he thought she had gone to start a new life; but now Mandy's family is trying to reconnect, and there is no trace of her. Isla's father was allegedly the last person to see her alive, and he's under suspicion of murder.

Back home in Sydney, Isla's search for the truth takes her back to 1967, when two couples lived side by side on a quiet street by the sea. Could her father be capable of doing something terrible? How much does her mother know? And is there another secret in this community, one which goes deeper into Australia's colonial past, which has held them in a conspiracy of silence?

Deftly exploring the deterioration of relationships and the devastating truths we keep from those we love, The Silence is a stunning debut from a rising literary star.

Susan Allott is from the UK but spent part of her twenties in Australia, desperately homesick but trying to make Sydney her home. In 2016 she completed the Faber Academy course, during which she started writing this novel. She now lives in south London with her two children and her very Australian husband.

The Silence by Susan Allott