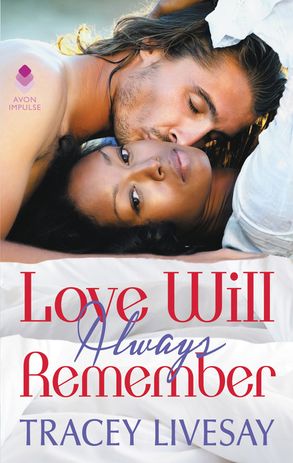 After waking from a coma, Leighton Clarke can't remember anything from the past six years. She's stunned when her doctors inform her she has amnesia, something she didn't think occurred outside of soap operas. Anxious and disoriented, the only person who elicits any feelings is Jonathan Moran, a gorgeous chef with compassionate brown eyes . . . who also happens to be her fiancé.

Jonathan isn't her fiancé. But when his estranged brother-her real husband-to-be-asks him to step in while he's away in London, Jonathan doesn't think he has a choice, especially after seeing how the previously aloof Leighton now responds to him. The more time they spend together, the more Jonathan begins to fall for his brother's fiancé, until he's wishing the pretense were reality.

When Leighton's memories come flooding back, can she forgive the man she's fallen in love with or will his lie ruin the only thing that feels true

A former criminal defence attorney, Tracey Livesay finds crafting believable happily ever afters slightly more challenging than protecting our constitutional rights, but she's never regretted following her heart instead of her law degree. She has been featured in Entertainment Weekly, the Washington Post, and CBS This Morning. Tracey lives in Virginia with her husband - who she met on the very first day of law school - and their three children.

Other Works by Tracey Livesay