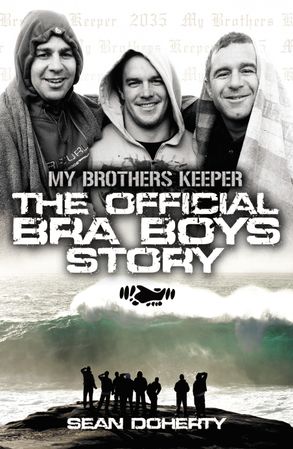 Inside the world's most infamous surf tribe: the Bra Boys, in their own words

Maroubra was a tough place to grow up. Ringed by a jail, a sewerage works, a rifle range and a housing commission estate, it was where the streets of Sydney met the beach. It was a place where the local boys surfed hard and partied harder. It was also a place where trouble easily found you. Adopted by Maroubra Beach at a young age, the four Abberton brothers, all born to different fathers and a mother in the clutches of heroin addiction, grew up at a time when the area was shadowed by drugs and gang violence. Raised largely by their grandmother, Sunny, Jai, Koby and Dakota found solace in the surf, and solidarity with their mates, the Bra Boys. the official biography of the Abberton brothers follows their story from a turbulent upbringing on the sands of Maroubra to international surf stardom, and the fateful events of 5 August 2003, when Jai shot dead Maroubra underworld figure and childhood friend tony Hines, only to be acquitted on the grounds of self-defence. the Official Bra Boys Story: My Brothers Keeper is raw, gritty, from the heart ... and everything you won't read about in the newspapers.

Other Works by Sean Doherty

MP: The Life Of Michael Peterson