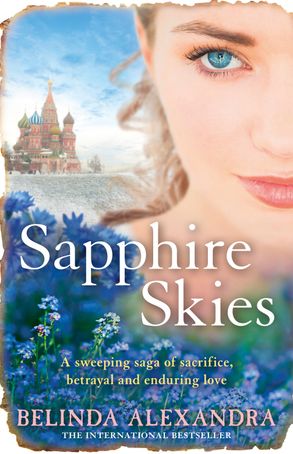 A love greater than war. A beautiful woman lost. A mystery unsolved ... until now. The epic new saga from one of Australia's best loved storytellers.

2000: the wreckage of a downed WWII fighter plane is discovered in the forests near Russia's Ukrainian border. the aircraft belonged to Natalya Azarova, ace pilot and pin-up girl for Soviet propaganda, but the question of her fate remains unanswered. Was she a German spy who faked her own death, as the Kremlin claims? Her lover, Valentin Orlov, now a highly-decorated general, refuses to believe it.

Lily, a young Australian woman, has moved to Moscow to escape from tragedy. She becomes fascinated by the story of Natalya, and when she meets an elderly woman who claims to know the truth behind the rumours, Lily is drawn deeper into the mystery.

From the pomp and purges of Stalin's Russia through the horrors of war and beyond - secrets and lies, enduring love and terrible betrayal, sacrifice and redemption all combine in this sweeping saga from Belinda Alexandra.

Belinda Alexandra has been published to wide acclaim in Australia, New Zealand, the United Kingdom, France, Germany, Holland, Poland, Norway and Russia. She is the daughter of a Russian mother and an Australian father and has been an intrepid traveller since her youth. Her love of other cultures is matched by her passion for her home country, Australia, where she is a volunteer rescuer and carer for the NSW Wildlife Information Rescue and Education Service (WIRES). www.belinda-alexandra.com

Other Works by Belinda Alexandra