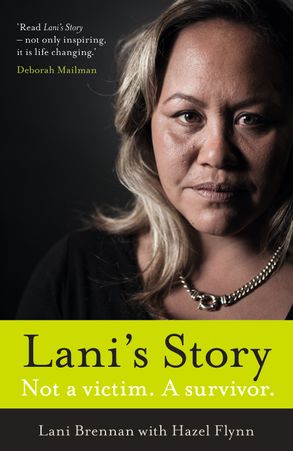 LANI'S STORY is a moving, confronting and compelling account of a young woman's journey from victim to survivor. Escaping from a violent and unhappy relationship was just the first step for Lani-after that, she had to brave the courts, the police, and her community-but in the process she found love, hope and ultimately justice. This is a powerful and inspirational story of courage, determination and the importance of not accepting one's destiny.

'How one person can endure so much and then rise and be the incredible woman that she is today is a testament to how change comes from within. Lani reminds us how the spirit can fight, no matter how broken and bruised, to make a difference in this world.' Deborah Mailman A confronting and compelling account of a young woman's journey from victim to survivor. Raised in an urban Aboriginal community in Sydney, Lani had a childhood filled with love but alcoholism in her family left its scars. By thirteen, she was in a cycle of drug and alcohol abuse herself. then a relationship with a young man from her community trapped her in a situation that she almost didn't survive. Subjected to extreme physical and sexual violence at the hands of her partner, Lani finally knew she had only one choice: to leave him, or die. She escaped and got sober. But the past wouldn't leave her alone and she knew that to heal herself she had to speak out. Braving the police, the courts and her community, she stood up, determined to bring her abuser to justice.

Other Works by Hazel Flynn