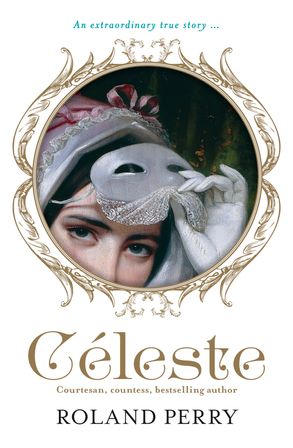 Celeste: The Parisian Courtesan Who Became a Countess and Bestselling Writer

Courtesan, countess, bestselling author - the tempestuous true story of a woman far ahead of her time ...

The true story of the Countess Celeste de Chabrillan is a rich and tempestuous tale of an extraordinary woman.

Born in the gutters of Paris in 1824, Celeste made her name as a dancer in the Parisian dance halls, where it is said she invented the can-can. Then, as an equestrienne at the Paris hippodrome, her daring feats on horseback thrilled the crowds. However, it was as the city's most celebrated courtesan that the young Parisian found genuine fame and fortune. Strikingly beautiful and charismatic, her lovers included famous novelists, artists and composers, not least Georges Bizet, whom, many believe, based his free and fearless Carmen on Celeste.

Later a bestselling memoirist, novelist, playwright and librettist, the remarkable Countess Celeste de Chabrillan was, indeed, a woman far ahead of her time.

ROLAND PERRY OAM is one of Australia's most prolific and versatile authors. He has published 34 books: from biographies to books on politics, espionage, military history, royalty and sport, and including five novels. His sports books include biographies of Sir Donald Bradman, Steve Waugh, Keith Miller and Shane Warne. His awards include the Fellowship of Australian Writers National Literary Award for non-fiction in 2004 for Monash: The Outsider Who Won a War, and Cricket Biography of the Year in 2006 from the UK Cricket Society for Miller's Luck: The Life and Loves of Keith Miller, Australia's Greatest All-rounder. In 2011 Roland Perry was awarded the Medal of the Order of Australia, for services to literature, and was made a Fellow of Monash University. In 2012 he became Monash University's first Writer-in-Residence, lecturing PhD students on writing and Australian history. In 2016 ABC Books published Céleste, the biography of the courtesan, countess and author Celeste de Chabrillan, and in 2018 ANZAC Sniper, the biography of Lieutenant General Sir Stanley Savige. Tea and Scotch with Bradman is his 34th book.  For more about Roland Perry, see the author's website: www.rolandperry.com.au

Other Works by Roland Perry

Tea and Scotch with Bradman

Anzac Sniper: The extraordinary story of Stan Savige, one of Australia'sgreatest soldiers

Celeste: The Parisian Courtesan Who Became a Countess and Bestselling Writer by Roland Perry