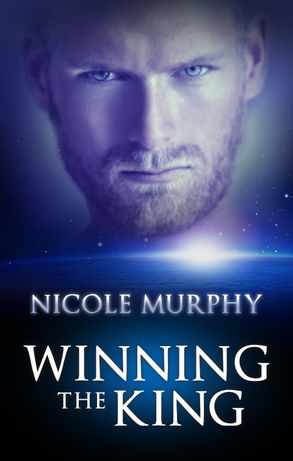 From Nicole Murphy comes a sexy new SF romance: everything has always come easily to her…except him.

Blue eyes, golden curls, a body songs are composed about, and part of one of the most powerful families in the colonies, Diana Wiltmore is not used to ever hearing the word 'no'. So when she sets her sights on a fling with the gorgeous, potent and single King of Angonia, Gareth, she is shocked when he turns her down flat. In an effort to put the rejection behind her, she agrees to her sister's plan to gain some political leverage by cosying up to a rival planetary ruler.

Gareth has responsibilities and no time for a woman like Diana. She is all temptation and distraction, but Gareth wants more from a woman than decoration. But it is Diana standing by his side as his beloved home of Angonia is attacked and he starts to see that underneath the surface is a strong woman even more beautiful than her picture–perfect exterior.

Gareth's people need him and to be there for them, he needs Diana. But has he ruined every chance he has of winning her heart?

Other Works by Nicole Murphy

Winning The King by Nicole Murphy