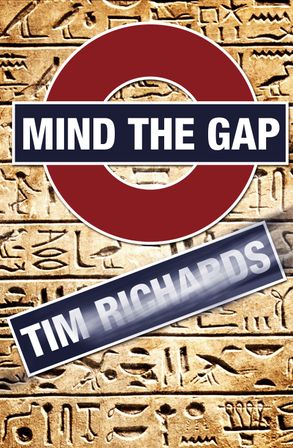 Darius Ibrahim is not having a good week.

He's been threatened by a knife-wielding maniac on a London train, interrogated by a mysterious warrior woman beneath the city's streets, pursued by a military death squad in Melbourne, had his new girlfriend kidnapped and held hostage in Prague, and been captured and taken to another world.

And it's barely been three days since his life started to fall to pieces.

On top of all this, he's developed a bizarre ability that allows him to teleport in quite unusual circumstances - an ability that several deadly enemies will do anything to gain control of.

In a desperate struggle involving alternate worlds, Egyptian mythology, ancient prophecy, malevolent felines, underground railway stations and the power of dreams, can Darius survive the arrival of his newfound power?

Tim Richards is a freelance travel writer based in Melbourne, Australia. His writing has appeared in numerous newspapers, magazines and websites, and in Lonely Planet’s guidebooks.

Mind the Gap by Tim Richards