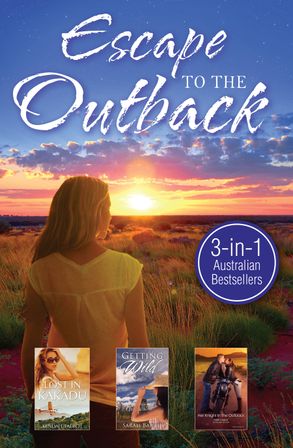 An action adventure novel set in the Australian jungle where two unlikely people prove just how attractive opposites can be...

It's pretentious socialite Abigail Mulholland's worst nightmare when her plane crashes into an ancient Australian wilderness. Things go from bad to downright hellish when rescuers never come. As she battles to survive in an environment that's as brutal as it is beautiful, Abigail finds herself also fighting her unlikely attraction to Mackenzie – another survivor, and a much younger man.

Fate brought them together, but they'll need more than luck to escape Kakadu alive.

The Devil Wears Prada meets Man vs Wild in this fast–paced romantic comedy set in the no–holds–barred world of travel journalism.

But when Ryan Edwards walks into her office with a job proposal, Ella just knows he's going to be trouble. The man's a self–indulgent adrenaline junkie with an authority complex – and he's also infuriatingly sexy! The idea of them working together is ludicrous, but the opportunity to co–host a new travel show is just too good to refuse.

In the tropical beauty of Australia's Top End, it's not just the weather that's going to sizzle...

Her Knight In The Outback – Nikki Logan

She didn't know she needed rescuing…

Eve Read doesn't need help from anyone. She's searching for her missing brother and doesn't want any distractions. Yet sharing her burden with mysterious leather–clad biker Marshall Sullivan is a relief, and soon Eve can't resist the sparks igniting between them!

Meteorologist Marshall spends his life on the road, but there's something about Eve that makes him want to stay put…

Has Eve finally found what she's been searching for all along?

Nikki Logan lives amongst a string of wetlands in Australia with her partner and a menagerie of animals. Her stories are full of romance in descriptive, natural environments. She believes the richness and danger of wild places perfectly mirror the passion and risk of falling in love. Nikki authored her first romance on a sabbatical from work. Determined to be published by forty, her first book hit shelves in February 2010, her fortieth year, and she hasn't looked back since.

Other Works by Nikki Logan