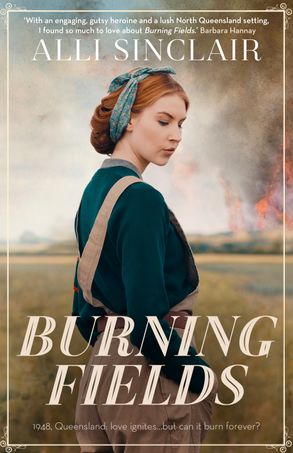 Romeo and Juliet set in Queensland's sugar cane fields in 1948, as the daughter of an Anglo-Australian family falls for an Italian immigrant against the wishes of her family.

1948. The world is struggling to regain a sense of balance after the devastation of World War II, and the sugar cane-growing community of Piri River in northern Queensland is no exception.

As returned servicemen endeavour to adjust to their pre-war lives, women who had worked for the war effort are expected to embrace traditional roles once more.

Rosie Stanton finds it difficult to return to the family farm after years working for the Australian Women's Army Service. Reminders are everywhere of the brothers she lost in the war and she is unable to understand her father's contempt for Italians, especially the Conti family next door. When her father takes ill, Rosie challenges tradition by managing the farm, but outside influences are determined to see her fail.

Desperate to leave his turbulent history behind, Tomas Conti has left Italy to join his family in Piri River. Tomas struggles to adapt in Australia-until he meets Rosie. Her easygoing nature and positive outlook help him forget the life he's escaped. But as their relationship grows, so do tensions between the two families until the situation becomes explosive.

When a long-hidden family secret is discovered and Tomas's mysterious past is revealed, everything Rosie believes is shattered. Will she risk all to rebuild her family or will she lose the only man she's ever loved?

Alli Sinclair, an adventurer at heart, has won multiple awards for her writing. She is Australian and has lived in Argentina, Peru and Canada, and has climbed some of the world's highest mountains, worked as a tour guide in South and Central America and has travelled the globe. She enjoys immersing herself in exotic destinations, cultures and languages but Australia has always been close to Alli's heart. Alli hosts retreats for writers and presents writing workshops around Australia, as well as working in film on international projects. She's a volunteer role model with Books in Homes and is an ambassador for the Fiji Book Drive. Alli's books explore history, culture, love and grief, and relationships between family, friends and lovers. She captures the romance and thrill of discovering old and new worlds, and loves taking readers on a journey of discovery. Alli's website is. www.allisinclair.com.

Other Works by Alli Sinclair

The Cinema at Starlight Creek

Beneath The Parisian Skies