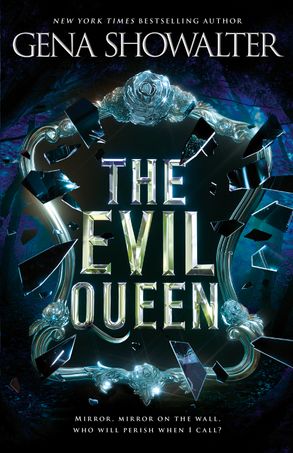 Book #1 The Forest of Good and Evil

From the New York Times bestselling author of the Everlife trilogy, the White Rabbit Chronicles and the Lords of the Underworld saga comes a fantastical and dark new fairy-tale fantasy series featuring the least likely of heroes...

Evil isn't born, it's made. One thought and action at a time. Take a good look at what you've made.

Far, far away, in the realm of Enchantia, creatures of legend still exist, magic is the norm and fairy tales are real. Except, fairy tales aren't based on myths and legends of the past - they are prophecies of the future.

Raised in the mortal realm, Everly Morrow has no idea she's a real-life fairy-tale princess - until she manifests an ability to commune with mirrors.

Look. See... What will one peek hurt?

Soon, a horrifying truth is revealed. She is fated to be Snow White's greatest enemy, the Evil Queen.

With powers beyond her imagination or control - and determined to change Fate itself - Everly returns to the land of her birth. There, she meets Roth Charmaine, the supposed Prince Charming. Their attraction is undeniable, but their relationship is doomed. As bits and pieces of the prophecy unfold, Everly faces one betrayal after another, and giving in to her dark side proves more tempting every day. Can she resist, or will she become the queen - and villain - she was born to be?

The battle between good and evil is on.

Gena Showalter is the New York Times and USA TODAY bestselling author of over fifty books, including the acclaimed Lords of the Underworld and Angels of the Dark series, and the White Rabbit Chronicles. She writes sizzling paranormal romance, heartwarming contemporary romance, and unputdownable young adult novels, and lives in Oklahoma City with her family and menagerie of dogs.

Other Works by Gena Showalter

The Evil Queen by Gena Showalter