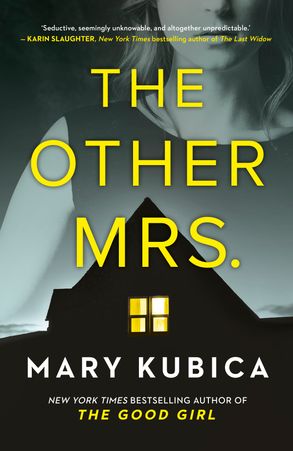 Hypnotic and addictive and perfect for fans of You, The Other Mrs. is the twisty new psychological thriller from Mary Kubica, the blockbuster bestselling author of The Good Girl.

Sadie and Will Foust have only just moved their family from bustling Chicago to small-town Maine when their neighbour, Morgan Baines, is found dead in her home. The murder rocks their tiny coastal island, but no one is more shaken than Sadie, who is terrified by the thought of a killer in her very own backyard.

But it's not just Morgan's death that has Sadie on edge. It's their eerie old home, with its decrepit decor and creepy attic, which they inherited from Will's sister after she died unexpectedly. It's Will's disturbed teenage niece Imogen, with her dark and threatening presence. And it's the troubling past that continues to wear at the seams of their family.

As the eyes of suspicion turn toward the new family in town, Sadie is drawn deeper into the mystery of Morgan's death. But Sadie must be careful, for the more she discovers about Mrs Baines, the more she begins to realise just how much she has to lose if the truth ever comes to light.

The Other Mrs by Mary Kubica