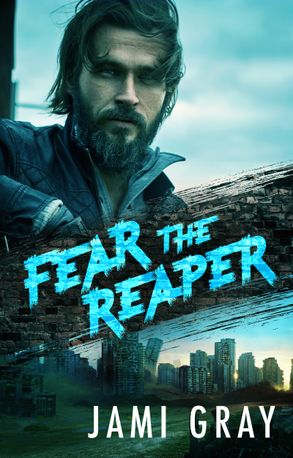 When the hunter becomes the hunted, it's time to reap what you sowed...

The world didn't end in fire and explosions, instead it collapsed slowly, like falling dominoes, an intensifying panic of disease, food shortages, wild weather and collapsing economies, until what remains of humanity battles for survival in a harsh new reality.

After vowing to never again put his life on the line for another's ambitions, Reaper, leader of Fate's Vultures, has earned himself a formidable reputation. Unfortunately, that reputation isn't enough to stop an old enemy from retaliating. With bounty hunters sniffing at their heels, Reaper vows retribution and takes the Vultures to the one person no one expects-Lilith, the woman he once loved.

As leader of the Rocky Mountain territory, Lilith has paid dearly for a position that kept her secrets safe. When a looming threat draws close, every devil's bargain she's made falls by the wayside and she is forced to partner with the man who walked away.

With no choice but to work together against a common enemy, Lilith and Reaper need to find their way through the minefield of past betrayals and broken promises to ensure a future for those they've sworn to protect ... before it all goes to hell.

Jami Gray is the coffee addicted, music junkie, Queen Nerd of her personal Geek Squad, Alpha Mom of the Fur Minxes, and awardwinning author of the Urban Fantasy series, The Kyn Kronicles, the Paranormal Romantic Suspense series, PSY-IV Teams, and herlatest Romantic Suspense series, Fate's Vultures. She writes to soothe the voices in her head. To find out more about Jami and her stories, visit her website and Amazon page.   You can also follow Jami on: Facebook Twitter Google+ Pinterest

Other Works by Jami Gray

Caught in the Aftermath (Fate's Vultures, #3)