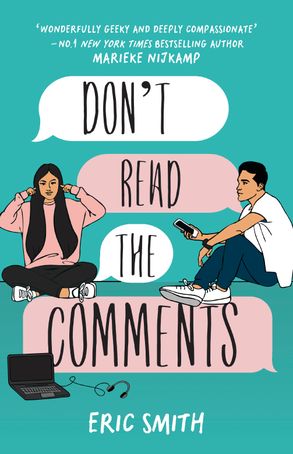 Divya Sharma is a queen. Or she is when she's playing Reclaim the Sun, the year's hottest online game. Divya - better known as popular streaming gamer D1V - regularly leads her #AngstArmada on quests through the game's vast and gorgeous virtual universe. But for Divya, this is more than just a game. Out in the real world, she's trading her rising-star status for sponsorships to help her struggling single mum pay the rent.

Gaming is basically Aaron Jericho's entire life. Much to his mother's frustration, Aaron has zero interest in becoming a doctor like her, and spends his free time writing games for a local developer. At least he can escape into Reclaim the Sun - and with a trillion worlds to explore, disappearing should be easy. But to his surprise, he somehow ends up on the same remote planet as celebrity gamer D1V.

At home, Divya and Aaron grapple with their problems alone, but in the game, they have each other to face infinite new worlds…and the growing legion of trolls populating them. Soon the virtual harassment seeps into reality when a group called the Vox Populi begin launching real-world doxxing campaigns, threatening Aaron's dreams and Divya's actual life. The online trolls think they can drive her out of the game, but everything and everyone Divya cares about is on the line…

And she isn't going down without a fight.

Eric Smith is an author and literary agent from Elizabeth, New Jersey. When he isn't working on other people's books, sometimes he tries to write his own. He can be found writing (and podcasting) for places like Book Riot and Paste magazine, and enjoys pop punk, video games, and crying during every movie. He lives in Philadelphia with his wife and best friend, Nena; their son, Langston; and a corgi named Auggie.