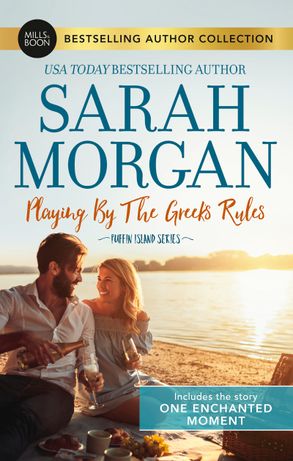 Playing By The Greek’s Rules

Idealistic archaeologist Lily Rose craves a fairytale love, but in her experience it always ends in heartbreak. So now Lily’s trying a different approach – a fling with her boss, infamous Greek playboy Nik Zervakis!

Anti-love and anti-family, Nik lives by his own set of rules. There’s no one better to teach Lily how to separate sizzling sex from deep emotions! But whilst Nik has the world at his feet, he also has dark shadows in his heart. It starts as a sensual game, but can Lily stick to Nik’s rules? And what’s more, can he...

Skylar Tempest has never understood Alec Hunter’s appeal. So what if he’s a world-renowned historian? He’s also cynical, aloof and determined to think the worst of her. So when a twist of fate finds her spending the lead-up to Christmas with Alec and his family, she’s not expecting the season to be either merry or bright.

Alec has learned the hard way not to trust beautiful women – and Skylar is the most beautiful woman he’s ever seen. But as he watches her throw herself into his family’s festive chaos, Alec realises there is far more to this blonde bombshell than meets the eye.

As Alec and Skylar return to Puffin Island, a tentative bond is forged between them. Neither intends to fall in love but as the nights become darker, and the fire between them grows hotter, could this be the chance for Alec and Skylar to find their own happy ending?

Other Works by Sarah Morgan

Playing by the Greek's Rules/One Enchanted Moment by Sarah Morgan