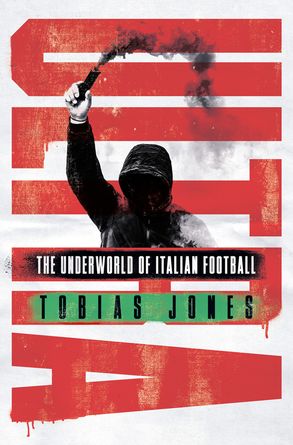 An exploration of the dark side of football, of Italy and of far right politics and organised crime: the hard core fans known as the ultras.

Ultras are often compared to punks, Hell's Angels, hooligans or the South American Barras Bravas. But in truth, they are a thoroughly Italian phenomenon... From the author of The Dark Heart of Italy , Blood on the Altar and A Place of Refuge . Italy's ultras are the most organised and violent fans in European football. Many groups have evolved into criminal gangs, involved in ticket-touting, drug-dealing and murder. A cross between the Hell's Angels and hooligans, they're often the foot-soldiers of the Mafia and have been instrumental in the rise of the far-right. But the purist ultras say that they are are insurgents fighting against a police state and modern football. Only amongst the ultras, they say, can you find belonging, community and a sacred concept of sport. They champion not just their teams, they say, but their forgotten suburbs and the dispossessed. Through the prism of the ultras, Jones crafts a compelling investigation into Italian society and its favourite sport. He writes about not just the ultras of some of Italy's biggest clubs – Juventus, Torino, Lazio, Roma and Genoa – but also about its lesser-known ones from Cosenza and Catania. He examines the sinister side of football fandom, with its violence and political extremism, but also admires the passion, wit, solidarity and style of a fascinating and contradictory subculture.