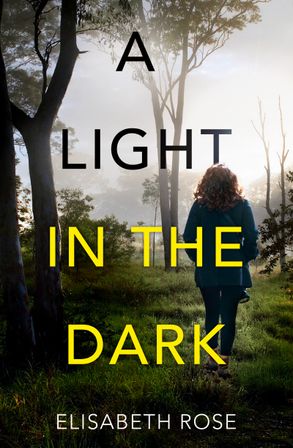 A Light in the Dark

Can a dream hold the answer to a violent crime ... and bring two people together?

Since the deaths of her father and stepmother nine months before, Mia Petros has suffered a terrifying recurring dream which implies that their deaths were not a murder-suicide at the hands of her father--as the police decided--but a double murder.

In Taylor's Bend to clear and sell her father's house, Mia, driven to breaking point by the dream and unnerved by the simmering resentment her appearance has aroused, is determined not to leave the bleak midwinter town until she has answers.

Local newspaper editor Arlo McGuiness, an ex-investigative journalist avoiding his own troubled past, is intrigued by the mystery and by Mia, especially when she tells him about her dream. His old, familiar urge to find the truth is awakened. But his probing engenders trouble--nasty comments are followed by malicious acts, and before long Arlo and Mia face escalating violence, their lives in danger.

Multi-published in romance, author Elisabeth Rose lives in Australia's capital, Canberra. She completed a performance degree in clarinet, travelled Europe with her musician husband and returned to Canberra to raise two children. In 1987, she began practising tai chi and now teaches tai chi classes. She also plays and teaches clarinet. Reading has been a lifelong love, writing romance a more recent delight.

Other Works by Elisabeth Rose

Where There Is Smoke (Taylor's Bend, #2)

The Secrets that Lie Within (Taylor's Bend, #1)

A Light in the Dark by Elisabeth Rose