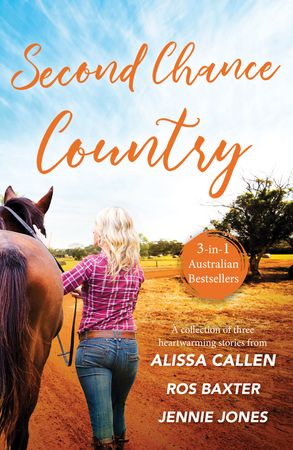 A collection of small-town stories from three bestselling local authors.

The Long Paddock by Alissa Callen

Country girl Cressy Knight has convinced the small-town Woodlea grapevine that she's moved on from Denham Rigby, the cowboy who left her behind. Now it's time to move on for real.

All Denham wanted was to be with Cressy forever, but a dark family secret left him no choice but to run. But when faced with Cressy's desperation to save her drought-stricken farm, he can't keep his distance. As they work together droving on the long paddock, their old attraction burns. But will Cressy be prepared to risk her heart for a second time?

The last thing Genevieve Jenkins needs on top of two kids, a sick mother, a deadbeat ex and a heap of bad debt is for Mr Love of Her Life to ride back into her small home town of Sweet Pocket.

One-time bad boy Brodie Brown is back in town on a mission of mercy, but he can't let this town-or the girl who broke his heart - get under his skin. When the town's future is secure, he'll ride away again - back to his life and his future, and away from the girl who could make both worthwhile.

A Heart Stuck on Hope by Jennie Jones

With nothing left for her in Sydney, and no diagnosis for her daughter Ali, Adele packs her bags and moves her small family to the rural town of Dulili. In no time Adele finds herself drawn in to regenerating community - and into an unexpected friendship with her landlady's grandson.

Tom is only back in Dulili to help his grandmother and make new plans. Plans that don't include his grandmother's new tenant. But as Adele and Ali effortlessly work their way into his heart, he realises there are two crucial elements he left out of his plans - hope and love.

Ros Baxter has been writing since she was eight and penned a whimsical series of short stories about a race of tiny people who lived on a rainbow. While a few things intervened - a career in social policy, four children - Ros started writing again in earnest three years ago. In that time, Ros secured a two-book deal with Harper Collins Australia, published Sister Pact (a romantic comedy co-written with her sister Ali), been a contributing author to the e-anthology URL Love, and finaled in the STALI competition. Ros writes transporting stories about love, family, friendship and women in all their glorious strength and contrariness. She loves to turn up the sizzle, throwing heroes and heroines into screwy and sometimes fantastical situations and watching how they take the heat. Ros lives in Brisbane's North with her husband Blair, four noisy children under eight, a neurotic dog and nine billion germs.

Other Works by Ros Baxter

When USA Today bestselling author Alissa Callen isn't writing, she plays traffic controller to four children, three dogs, two horses and one renegade cow who believes the grass is greener on the other side of the fence. After a childhood spent chasing sheep on the family farm, Alissa has always been drawn to remote areas and small towns, even when residing overseas. She is partial to autumn colours, snowy peaks and historic homesteads and will drive hours to see an open garden. Once a teacher and a counsellor, she remains interested in the life journeys that people take. She draws inspiration from the countryside around her, whether it be the brown snake at her back door or the resilience of bush communities in times of drought or flood. Her books are characteristically heartwarming, authentic and character driven. Alissa lives on a small slice of rural Australia in central western NSW.  To find out more, visit Alissa on her website.  You can also follow Alissa on Facebook and Pinterest.

Other Works by Alissa Callen

The Boundary Fence (A Woodlea Novel, #7)

Jennie Jones loved everything with a romantic element from an early age. That's why she became an actor before she started writing, touring the UK's grand old theatres, becoming someone else for two hours, eight performances a week, and loving every second. She's been an Aussie with Welsh roots for over twenty years and wouldn't have it any other way. She's been writing for six years and says she can't imagine writing, like acting, will ever get boring.Jennie currently lives in a small country town in Perth, Western Australia with Jonesey the boy cat and Zena the warrior girl cat. Plus Churchill the 50 kilo rescue dog, and the occasional sighting of her twenty year old daughter.

Other Works by Jennie Jones

A Place With Heart

A Place To Stay