Detours: The Rock Bio that will Surprise and Delight! 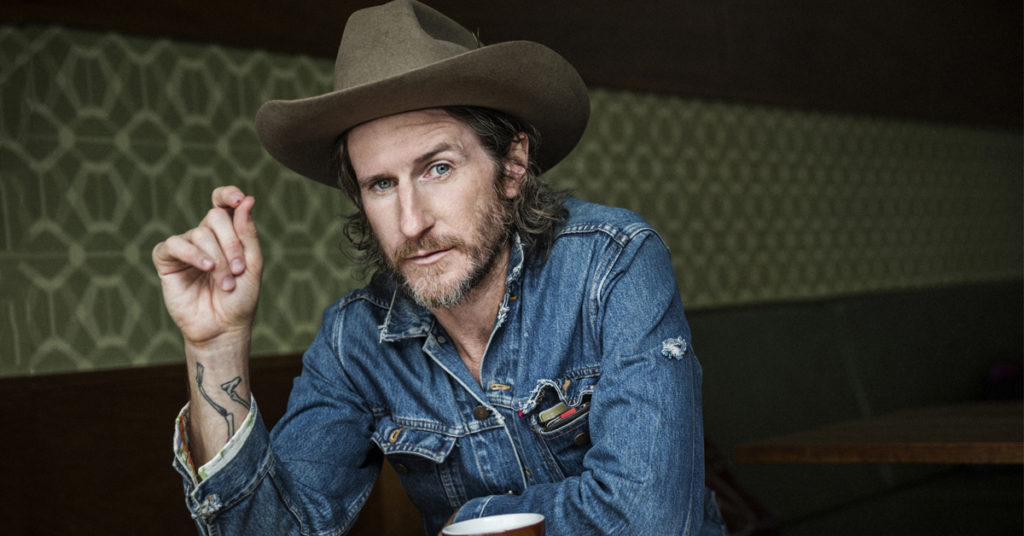 The reviews for Tim Roger’s Detours, are rolling in and it’s safe to say that everyone is delighted by this surprisingly poetic memoir, dripping with charm, and are already requesting that Tim writes again! If you were hesitant to give this one a go, you won’t be after reading these tremendous reviews. 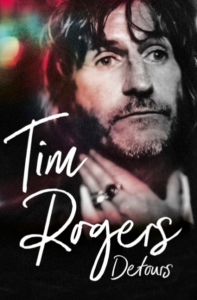 ‘Of all the utterances delivered to me by strangers, my least favourite after “We can no longer legally serve you” would have to be, “Well, that isn’t very rock’n’roll.”‘

Tim Rogers of You Am I has always been a complicated man: a hard-drinking musician with the soul of a poet; a flamboyant flâneur; a raconteur, a romantic and a raffish ne’er-do-well. In this offbeat, endearing memoir, Tim walks us through years jam-packed with love, shame, joy, enthusiasms, regrets, fights, family – and music, always music.

A work of real grace and tenderness, Detours is often impossibly sad and beautiful – but also full of wit, wordplay and punching jolts of larrikin energy to make you laugh out loud.

What Bookish Folk are Saying:

‘The refreshing news is that this book is very good. Tim Rogers can write, and write well. He also has things to say, although they are not necessarily the things you’d expect. This is not your rock tale of band debauchery, nor an addict’s confessional. Rogers barely mentions “You Am I”. Rather than swagger, we get observations and affectionate diversions on all sorts of topics; from Kalgoorlie to football, food to friendship. Tim’s “detours” are full of wry humour and affection for people and place, and I loved his honest take on the strangeness of life. He notices and even celebrates the unexpected connections and weird changes that we all experience on this great adventure. All this seems surprising in a time when most musicians’ memoirs resemble trophy shelf inventories or resumes, and I enjoyed this book immensely. You need not be a fan or care as much about AFL as he does – just enjoy the ride with Tim. It is a very articulate book that is sometimes flamboyantly poetic in style, influenced by Tim’s many literary heroes (and he name-checks most of them). Told in a conversational tone that is grounded and often self-deprecating, there is always a wry smile here. I hope this book reaches the wider audience it deserves and that Mr Rogers writes again.’

‘Detours is a gem of a book … a beautiful hardcover book rich in exacting observation … a marvellous reflection on Tim’s great passions – AFL, rock ‘n’ roll and Melbourne. Now I’m afraid to say that I’ve never kicked a Sherrin, blown an amp or had a number plate that declares itself the place to be, but still, I’m hooked on this stuff. I feel at home in Tim’s writing. He leaves the bravado behind and takes you on long walks through his life on and off the stage. Detours is a book that lets you see through the eyes of a towering broken-nosed greyhair – a guy who passes through violent suburbs in velvet lapels and silk scarves, who checks the ceiling of every hotel room he stays in for stray slices of pizza, and who armours himself with slabs of beer and bears his soul to strangers. Detours is an Aussie treasure, the neatly-polished self portrait of a dandy drunkard wordsmith. Pick it up and you’ll see what I mean…’

‘The good news is that our Tim can write. Every sentence trails a floaty scarf. A few of them have a floppy hat over one eye. If you ask me, I’d say buy it.’

‘Tim Rogers is a beautiful writer.’

What HarperCollins Staff are Saying:

‘Detours announces a genuine new Australian writing talent. Tim’s writing is by turns revealing, warm, witty, self-deprecating, intimate, confessional, raw, poetic and tender. I think he should be classed as a National Living Treasure, read aloud in pubs, on football grounds and set on school curriculums.’

‘A joy to read. Tim’s turn of phrase is like poetry, soaked in beer and love.’

‘I’ve been a fan of Tim’s music for many years so was always thinking, why hasn’t he written a book? – he must be saving himself for something special. And so he was. Detours is not a typical rock bio at all … how refreshing. This book is every bit as charming, whimsical, liquor-soaked, funny and irrepressibly Tim as any fan of his music could hope for. Tim’s one of those people you’d like to have as a guest at a dinner party, but I’ll settle for this book instead.’

‘This is so wonderful, I tried to read only a few pages but it kept drawing me back until I’d finished it. It’s so charming and evocative and rhythmic, with
a hint of hopeful melancholy thrown it. It’s stunningly beautiful and I want to tell everyone else to read it too!’

‘An unexpected delight. It reads like a novel but with all the heart and honesty of a memoir, plus bundles of charm.’

‘I was a Triple J listener all through my teenage years, so You Am I was always on high rotation. I’m thirty-five now and I don’t listen to Triple J anymore, but You Am I is still there on my soundtrack only I’m hearing different things in the lyrics now, and appreciating stories and skill of the writing in a way I couldn’t when I was younger. I’d go anywhere Tim Rogers sees fit to take his readers, whether it’s direct routes to his thoughts or detours underneath the Glebe Point bridge.’

‘What a storyteller. Tim’s voice comes through so strongly – his stories are full of wit and charm.’

This entry was posted in Memoir & Biography, Recommendations and tagged Biography, Detours, memoir, rock bio, Tim Rogers, You Am I. Bookmark the permalink.

« Take a Peek Inside this fascinating Middle East Memoir
A day in the life of Stephen Michael King »
"Detours: The Rock Bio that will Surprise and Delight!"1 thought on