A day in the life of Stephen Michael King 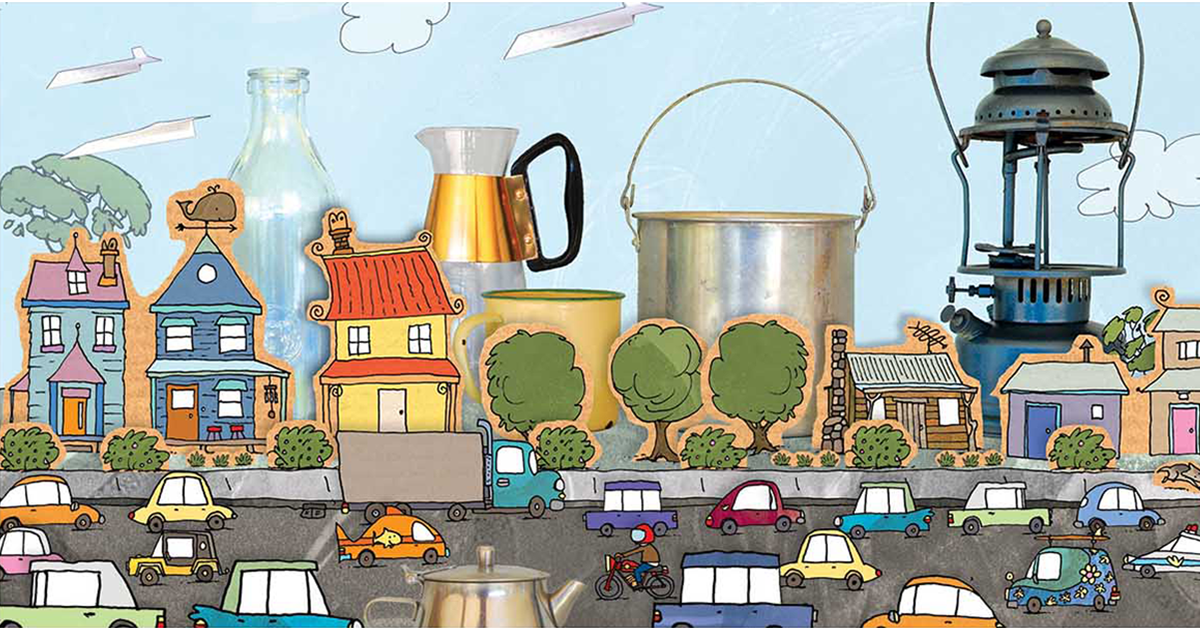 Stephen Michael King is an Australian illustrator, and most recently illustrator of Whatcha Building, alongside superstar author, Andrew Daddo. Stephen explains how he brought the images in Whatcha Building from concept to reality to print.

It’s hard to explain how Whatcha Building came together. There was a starting point and an expected end point (a 32 page picture book), but all that stuff in the middle was the equivalent of a cubby house construction: little ideas that grew into big plans; big ideas that grew so big that they needed to be smashed down and rebuilt. 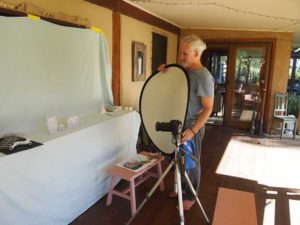 As a kid I loved making things. I once cut Christmas shapes (reindeer, stars and Santa etc) from my mum’s new blankets. Another time my brother and I creatively changed the side of our family home using old cement and paint that we’d found in my dad’s garage. In another home I might have been spanked or sent to my room, but my parents rarely saw the things I did as mischief. Instead, they praised my creativity then asked me to consider not doing it again. I was always drawing and mixing mud and squiggling shapes on the frosty windows of our car. My dad kept me supplied with cardboard, sticky tape, glue – anything I could use to make stuff.

In retrospect, when my ideas for Whatcha Building came together and I let myself go, all I had to do was have fun. All the collected bits you see within the pages – bottles, remote controls, tea pots etc etc – were scavenged at the local tip shop. I spray painted most things white except an old kerosene lantern, the tea pots, the egg holders (from an old fridge) and an odd object or two. When the paint dried, I drew wiggles, windows and doors with a black marker. 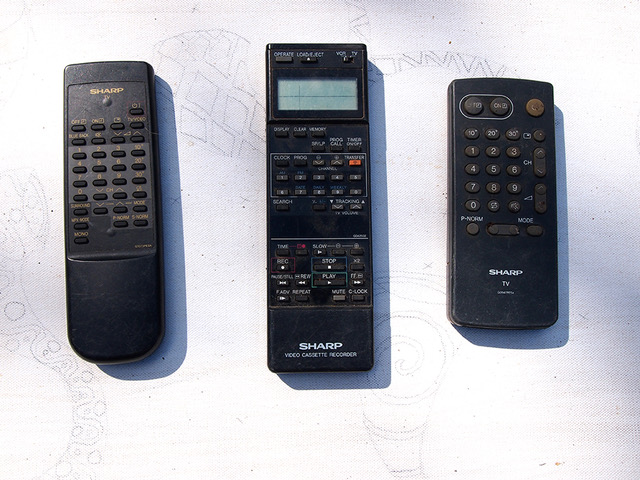 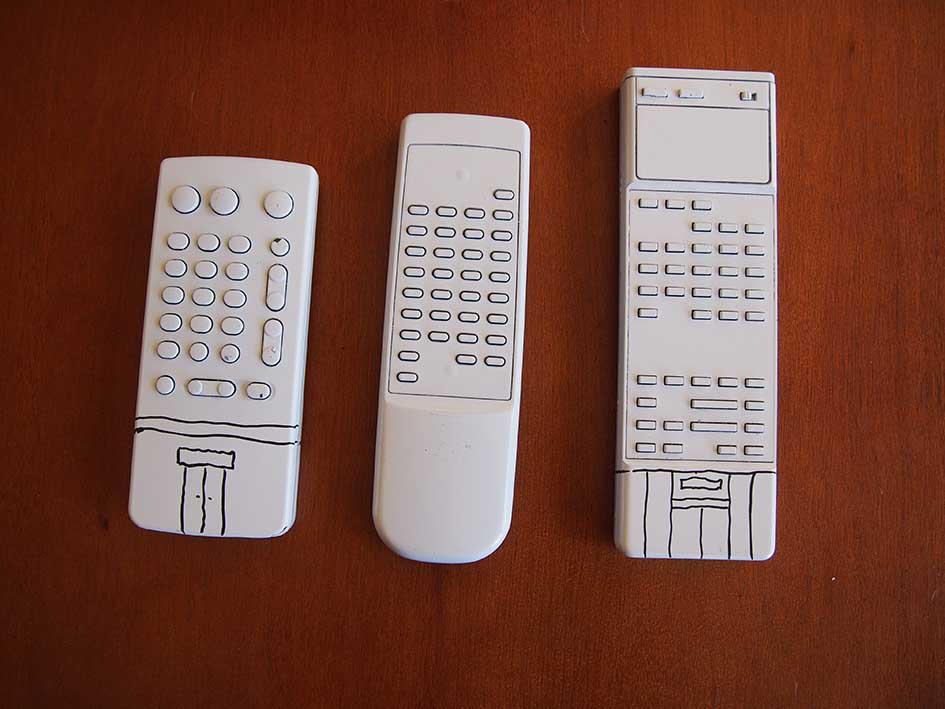 I also drew some little houses on cardboard and an extra building or two, then posed the pieces individually and in groups for what would make the city spreads. Really, there was no formal plan; I was a kid in a sandbox making a book with the tools at hand. After everything was photographed (by my wife Trish and my daughter Tanith with me moving the shapes around) I brought each element into my computer. I started drawing inky sketches (people, cars . . . bits of wood) and scanned them in. I felt the art I was compiling needed something more, so I used some beautiful old mono prints (from an earlier art project) as backgrounds and fill textures. I added the cardboard cut out edges and drop shadows around the characters as a homage to the stand-ups I used to make as a kid. 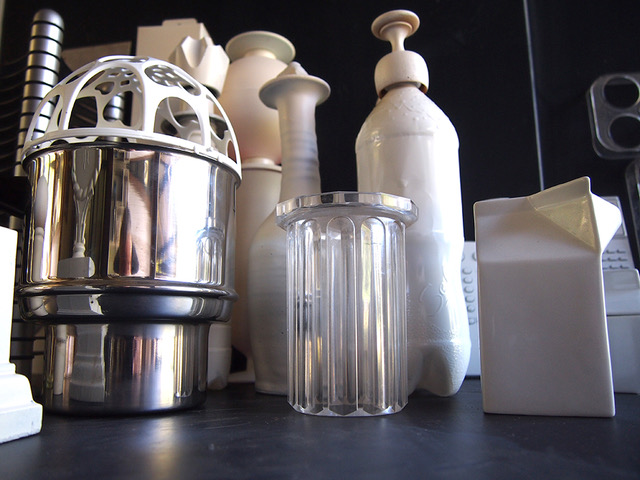 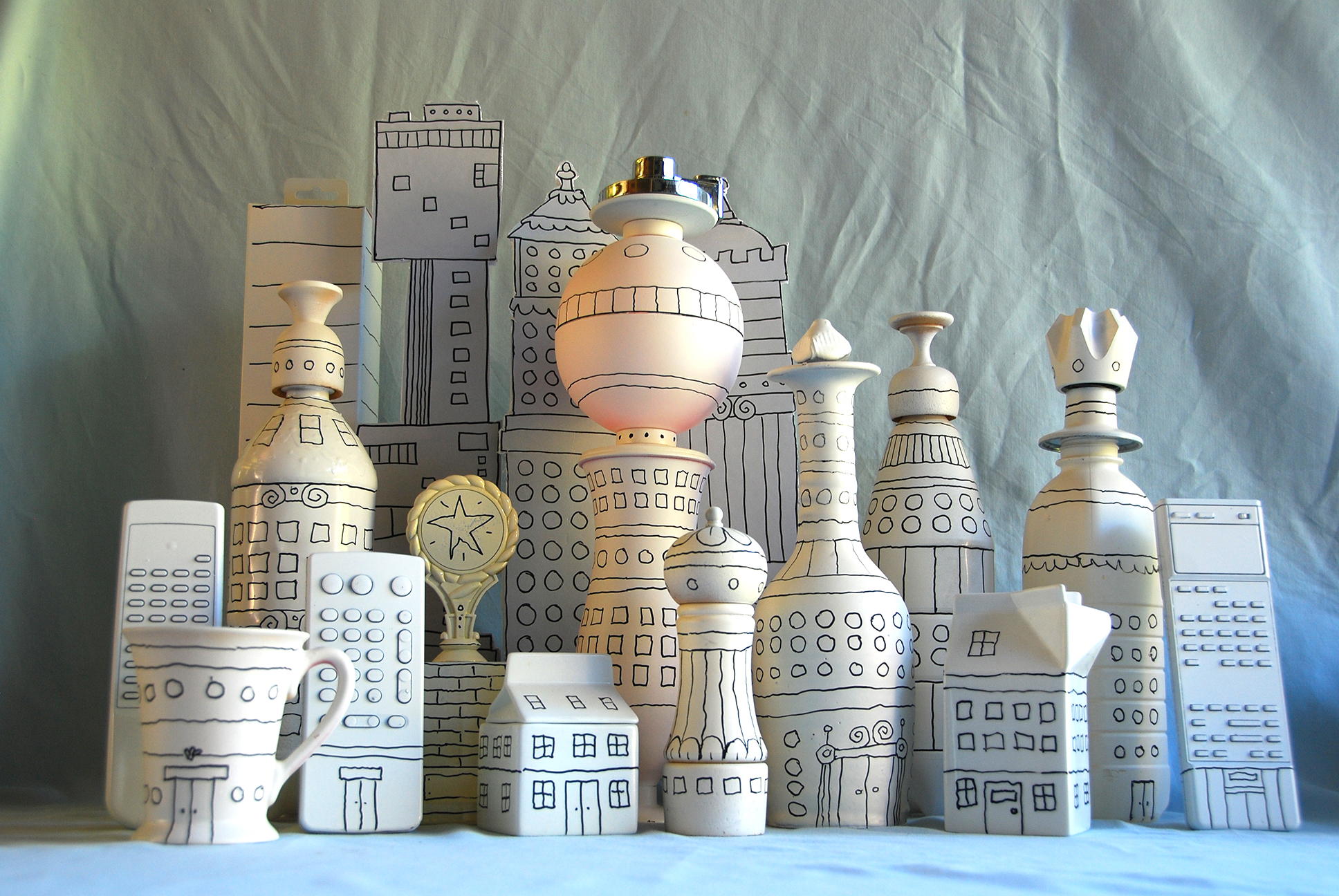 I ultimately trusted my intuition, playing like a kid and making a book like an adult. All the bits came together like lego. The last touch came from the design department at the ABC who added that tactile corrugated texture to the book cover. What a joy it was holding the finished book for the first time. 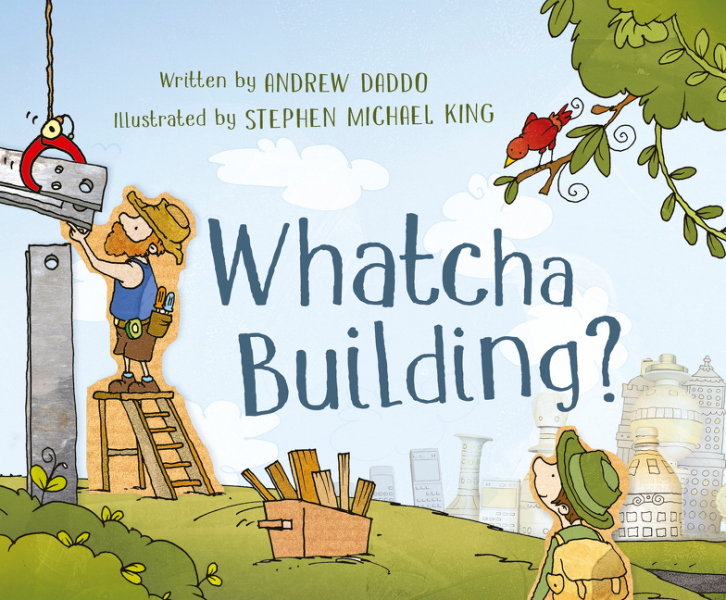 Whatcha Building by Andrew Daddo and Stephen Michael King is out now.

« Detours: The Rock Bio that will Surprise and Delight!
Father’s Day Gift Guide »
"A day in the life of Stephen Michael King"1 thought on