6 Questions with A. J. Finn 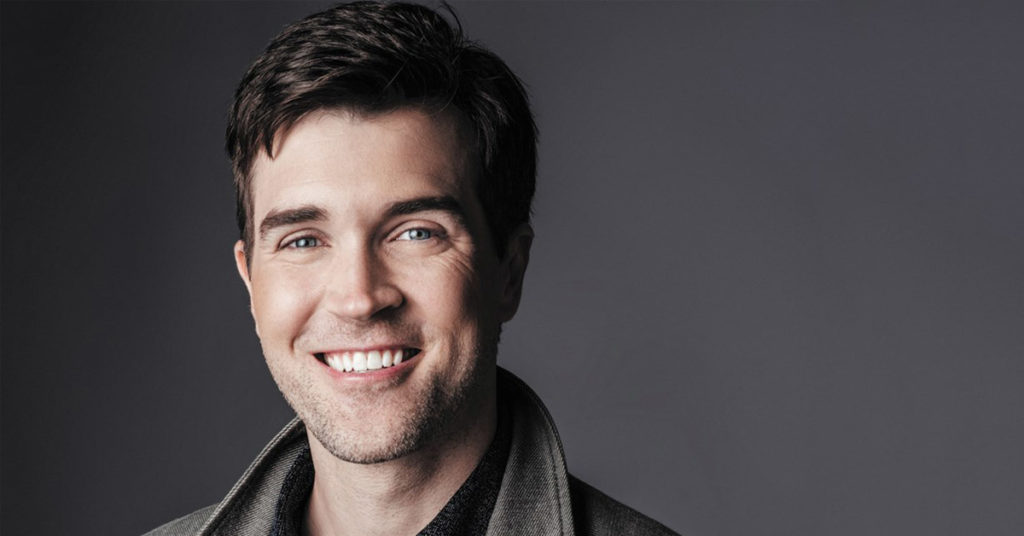 Get to know A. J. Finn, author of upcoming thriller release, The Woman in the Window.

How did you wind up a thriller writer?

AJF: There seems to be a criminal twist in my DNA helix: Almost every member of my immediate and extended family is a crime buff. Our shelves are stuffed with ranks of detective and suspense novels; growing up, I gorged myself on Agatha Christie, Sherlock Holmes, and Ellen Raskin’s The Westing Game. We’re crossword fiends, too, and mystery fiction appeals to me for the same reason: I like trying to solve a puzzle.

Aside from being a grinding work of anxiety and tension, The Woman in the Window is also a powerful exploration of panic disorders. Was there a character-building period when you were buried deep in research?
AJF: On my birthday in 2015, six weeks before I began writing this book, I was diagnosed with bipolar disorder. For many people, this would have signaled the beginning of an arduous journey; for me, it marked the end of one. By that point, I had struggled for more than fifteen years with severe depression. In grappling with it, I resorted to every treatment imaginable, with mixed results. Then my diagnosis was corrected, and a new drug regimen prescribed. A month and a half later, I felt significantly improved… and liberated to pursue a creative project. That project was The Woman in the Window. So, it didn’t require as much research as one might expect.

I’ve heard a rumor that you have a second career as an “editor.” Is this true and if so what’s it been like to defect to the “good guys,” a.k.a. the writers?

AJF: It’s a shameful truth: I’ve worked in British and American publishing for more than a decade, acquiring and/or publishing a range of authors, particularly mystery novelists: Robert Galbraith, Agatha Christie, and Sara Paretsky, to name just a few. So I know what to expect, more or less . . . but still I’ve got a lot to learn. Any tips gratefully received.

I’m also told the film rights have already sold. If The Woman in the Window were published in 1958 instead of 2018, who would Hitchcock cast in this thing?

AJF: Maybe Gene Tierney? She wasn’t a Hitchcock blonde, or indeed any kind of blonde, and perhaps that’s why he never worked with her; but her life was marked by a series of tragedies that would, I suspect, more than prepare her for the lead role. And she radiated both steeliness and vulnerability. I’d want Gregory Peck to play the lodger. However, Jane Russell the actress would most definitely not play Jane Russell the neighbor.

I’m worried I’m going to have to wait a long time for your next book. What should I read while I’m waiting?

AJF: My second book is indeed in the works, but in the meantime, how about The Thin Man, Dashiell Hammett’s master class in tight plotting and bright comedy? Or the haunting Australian period chiller Picnic at Hanging Rock? Or Josephine Tey’s The Daughter of Time, the ultimate locked-room mystery? (Turns out that many of my favorite authors are dead. I promise this isn’t because I work with writers every day.)

Please tell me it won’t be a long time till your follow-up. You’ve already got another novel done, don’t you? What’s next?

AJF: My second book is indeed in the works. It’s a psychological thriller set in San Francisco―hometown of Vertigo, naturally. Get ready to revisit Muir Woods. (Cheeky of me even to allude to Muir Woods, given its iconography.)

The Woman in the Window will be available early next year! 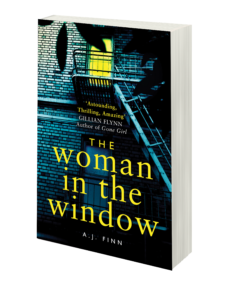 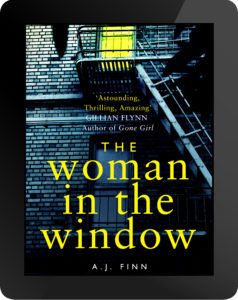 This entry was posted in Q&A, Thrillers and tagged A J Finn, psychological thriller, suspense, The Woman in the Window, thriller. Bookmark the permalink.

« WIN a signed World of David Walliams poster!
WIN a set of boxing gloves signed by The Hornet! »
"6 Questions with A. J. Finn"