3 Minutes with James May 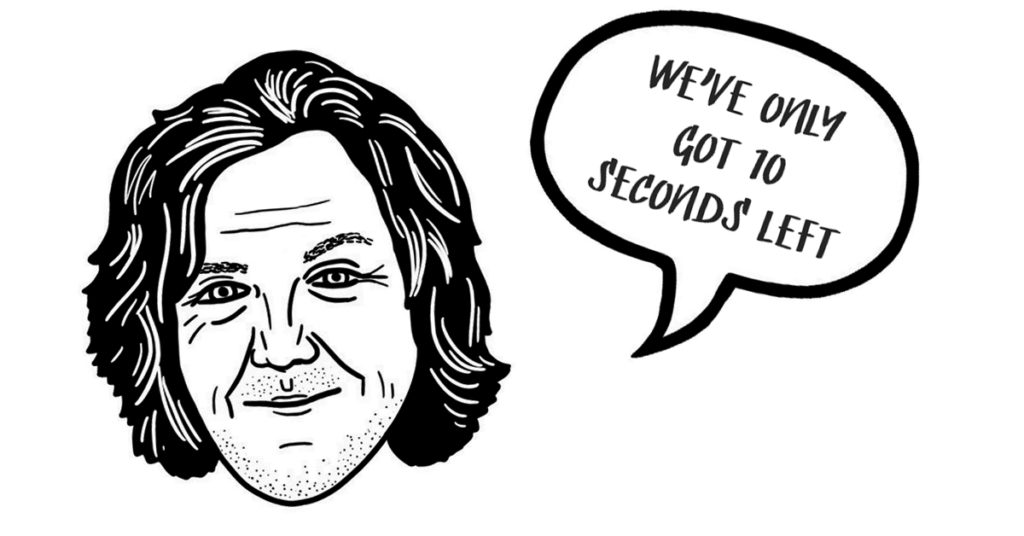 Just to clarify, the idea for this feature is that you have precisely three minutes of my time and must ask as many questions as possible?

How are you timing it?

On my phone. Look.

Ah, yes. They’re pretty accurate, the clocks in mobile phones. I’m talking about the actual clocks, of course, but the stopwatch is a component of that. Most of them regularly synchronise with a server that will itself take time from a highly accurate timekeeping device, probably an atomic clock, which of course is very precise, though not unerringly so since there are various other factors at work, and frequently the chips in everyday devices contain offsets or ‘cheats’ in order to compensate for other factors.

But when it comes to watches, it’s ironic that you can spend thousands on an exquisitely made mechanical watch and yet it will be less accurate than a five-quid digital bought from a petrol station.

Really, it’s one of the greatest achievements of modern mankind that you can, for relatively little money, buy a device that is so fantastically accurate when it comes to timekeeping. One of the greatest breakthroughs was being able to regulate quartz in a digital way rather than having to trim quartz tuning fork. Nowadays the chip within the watch allows for the crystal itself running ‘fast’, as it were, and skips crystal cycles at set intervals to allow for this. It’s very clever, and the end result is that you could keep pretty accurate time for less than the price of a big sandwich.

Fascinating, but I wonder if we could get back to …

Though I suppose in some ways that’s also a reflection on the price of sandwiches. If there was some kind of meal deal going on, you might be better off with the sandwich, and they’d probably throw in a bag of crisps and a bottle of fizzy drink for the price. It’s actually not bad value, except that you can’t tell the time on a sandwich. Or a bag of crisps. Or a bottle of pop. And what bothers me about the meal deal is that maybe I don’t want the crisps that are included, maybe I want a different sort that aren’t, but then the people in the shop can get very confused. It’s almost like they don’t want deviation from the meal deal. You have to wonder, why are they so wedded to the meal deal? I think they’re hiding something. They’ve over-ordered on certain things and now they’re trying to get rid of them. Well, I’m onto them and I won’t play that game. It’s why I never do the meal deal.

I see, I just wonder if we could …

Now, if they gave away a small, cheap digital watch with the meal deal, then I might be interested because to my mind that would represent good value when you consider what you’re actually getting for your four or five pounds. All that precise engineering, but very carefully designed and evolved over many years to allow mass manufacture at an accuracy that once upon a time we could only have dreamt of.

James, I was hoping we could …

The only problem is, you can’t eat a small, highly accurate digital watch. You could try, but I really wouldn’t. The battery isn’t very good for you. Also, you might choke on the strap. Oh dear.

We’ve only got 10 seconds left.

Well, I think we could start again, since I haven’t asked any questions.

But that would defeat the purpose of this feature. Once the three minutes is up I can’t speak to you anymore. It would be dishonest.

Yes, but it’s not really a hard and fast rule so, if I can, I’d like to ask a few questions.

Are you not speaking to me because the three minutes is up?

James May, thank you.

Words: From The Grand Tour Guide to the World

The Grand Tour Guide to the World is available now! 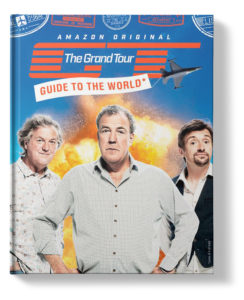 The world is a big place full of interesting things. And The Grand Tour has seen some of them. That’s why few people are better placed to lead you around this vast planet of ours than Jeremy Clarkson, Richard Hammond and James May. As long as you don’t mind getting hot and lost. Welcome, everyone, to The Grand Tour Guide to The World.

In this indispensable guide, you will find an abundance of information, most of which is probably wrong and possibly dangerous. As well as occasionally accurate guides to the places visited on the show, you’ll find exclusive interviews with the presenters and discover their favourite locations for car-based cocking about.

As well as being a factually dubious encyclopaedia, The Grand Tour Guide to the World is also a travel companion for those of you who have been inspired by the Grand Tour circus. You’ll find tips on how to sing like a native in the Bahamas, how to speak Welsh (wrongly), and how to navigate the magic roundabout in Swindon. On top of all this, we reveal the world’s fastest cop cars and the greatest car makers. And there’s a picture of James May in an anorak.