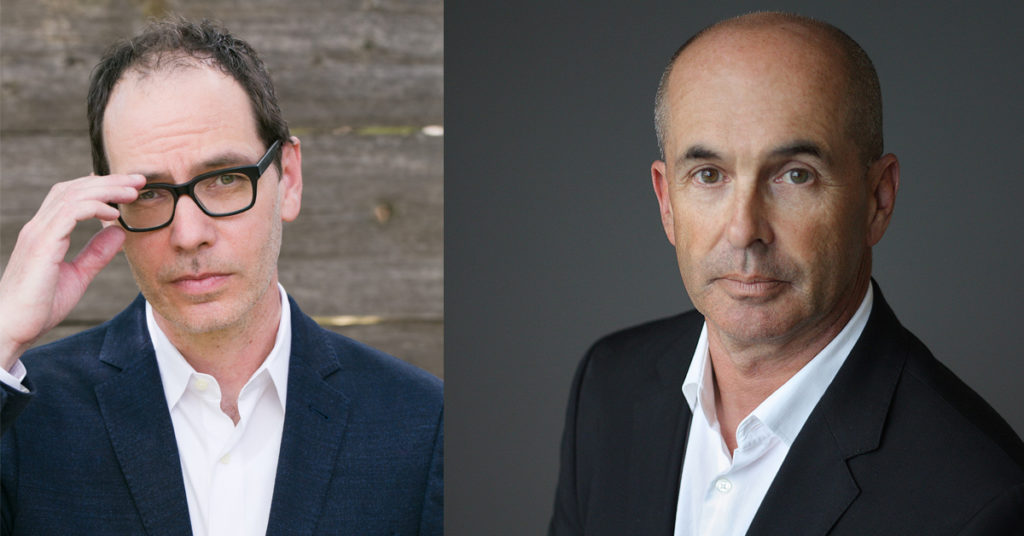 In this Q&A, bestselling author of The Force, Don Winslow chats to Lou Berney about his brand new novel November Road.

My brother-in-law, who is several years older than me, grew up in rural Kansas in the 1960s. When he was a kid, his parents warned him to never ride his bike to the next town over. He found out later that it was because the next town over was where the mob sent guys to “cool-off” and lay low after a job. I was fascinated by the idea of a dangerous, big-city criminal forced into contact with a world, and with people, he’d never really encountered before.

The real joy in writing fiction for me is getting into different heads and seeing the world in ways that I normally wouldn’t. In this novel, I wanted to create three very different characters who all experience something similar: their lives are upended by events outside their control and, because of that, they’re all given the opportunity to change. Whether they do change or not, and in what specific ways, was something I didn’t really figure out until I’d written the book.

I think Frank has a gift for being likable. He understands that it’s his talent and he uses it to get what he wants. I know people like that; we all do, probably. Deep down, though, there’s a lot of damage that Frank’s experienced in his past, a lot of pain. By creating this persona and living it, Frank protects himself from Frank. But when he meets Charlotte, he has to assume a completely different persona and things get complicated for him.

Charlotte is a character inspired by my mother. My mother grew up under some rough circumstances. Her family moved around a lot (I think she went to something like seventeen different junior high and high schools) and both of her parents died early. She was ferociously smart and resilient. The whole world kept telling her no and she kept saying yes. That’s the quality that I wanted to be at the heart of the character of Charlotte.

I wasn’t around in 1963, so I had to do a lot of research. For a stretch of several months I didn’t read any book published after 1963 and I read a lot of magazines from the period – the ads in particular were really useful. With the Kennedy assassination, I read just about everything. That’s what led me to Carlos Marcello, the New Orleans crime boss, who isn’t as well known as the mafia dons in Chicago and New York. But Marcello was one of the most powerful and dangerous men in America in the 1950s and 1960s. And a fascinating man in his own right.

Sure. But I also know that’s exactly what Carlos Marcello would have wanted me to believe.

Yes. If and when a character dies in one of my novels, I want to feel it. I want the reader to feel it. Lives aren’t cheap in the real world and I don’t think they should be cheap in fiction either. It’s one of the reasons I’m inspired by your novels like The Cartel and The Force, Don.

Every character lives and breathes. Every death has a real cost.

I’m writing a novel about marriage – psychological suspense, which seems like the only logical approach to this subject. 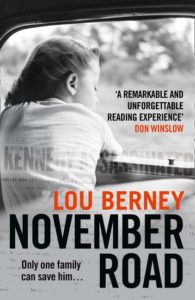 Set against the assassination of JFK, a poignant and evocative crime novel that centres on a desperate cat-and-mouse chase across 1960s America – a story of unexpected connections, daring possibilities, and the hope of second chances from the Edgar Award-winning author of The Long and Faraway Gone.

A loyal street lieutenant to New Orleans’ mob boss Carlos Marcello, Guidry knows too much about the crime of the century: the assassination of President John F. Kennedy.

Within hours of JFK’s murder, everyone with ties to Marcello is turning up dead. Suspecting he’s next, Guidry hits the road to Las Vegas. When he spots a beautiful housewife and her two young daughters stranded on the side of the road, he sees the perfect disguise to cover his tracks from the hit men on his trail.

The two strangers share the open road west – and find each other on the way. But Guidry’s relentless hunters are closing in on him, and now he doesn’t want to just survive, he wants to really live, maybe for the first time.

Everyone’s expendable, or they should be, but Guidry just can’t throw away the woman he’s come to love. And it might get them both killed.