Staff picks: Jeffery Deaver will turn anyone into a crime thriller reader 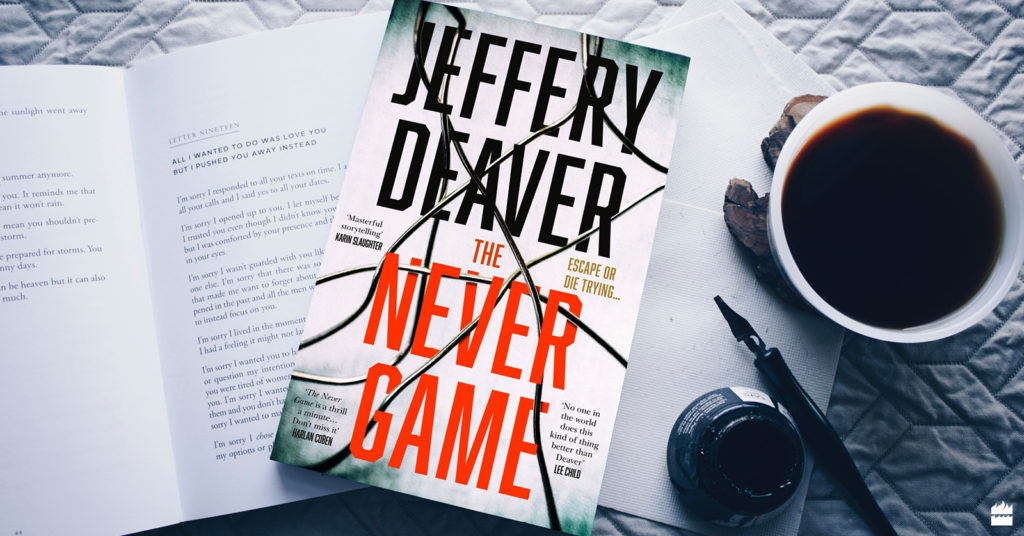 The Never Game is written by beloved crime thriller author, Jeffery Deaver. To test the strength of this bestseller we asked one of our in-house bookworms, Hannah, to read a genre she’d never tried before: crime thriller.

The way she spoke about crime thrillers pre-Jeffery Deaver and after are worlds apart. Keep reading to find out why she loved Deaver’s characterisation and plot so much.

I don’t read crime thrillers. Perhaps for slightly snobbish reasons, but mostly they just don’t feel like they’re for me.The characters are a significant reason I’ve avoided this genre. Another book led by a traumatised man with a shadowy past and violent predisposition wrapped up in a standard cat-and-mouse plot? No thank you.

But Jeffery Deaver has written a book that defies expectations.

Colter Shaw, the protagonist of Deaver’s The Never Game, does not fit neatly into my preconceived ideas – he is masculine without the macho; dark and mysterious without the tendencies towards violence. Complicated and emotionally complex, he is a well-drawn character and Deaver has clearly given as much attention to brain as to brawn. I’m intrigued by him, and not just because of the unique backstory.

The backstory has all the complications and mystery expected of the genre, and while Shaw certainly carries it with him it is not his defining feature. It really picks up in the later part of the novel but Deaver leaves us hanging, with the reader very much left wondering why Shaw (who by all accounts doesn’t need the money) lives this semi-detached life earning rewards for finding people and anything else someone will pay to have found. It comes off less lone-wolf, vigilante bounty hunter than you might imagine. He’s a bit of a loner by choice – his friends Teddy and Fiona are an integral albeit distant part of his life, he readily relies on a network of trusted contacts to help him out, and his lack of commitment in romantic relationships seems a conscious choice.

Deaver didn’t expend all his energy on Shaw, and the remaining cast of characters are just as diverse without resorting to stereotypes. Unsurprisingly, I’m drawn to Detective Standish and the choice to focus on a feisty female gamer, Maddie Poole, was savvy. She makes a fantastic foil to Shaw’s quieter personality.

A serial kidnapper combined with tech world intrigue certainly keeps the pace up, and pushes the genre into more modern territory. There’s even a little “fake news” and good old-fashioned conspiracy thrown in for good measure. Tech is something I have limited understanding of beyond a bit of an Instagram addiction and too much Facebook before bed, and I know even less about gaming. It’s a clever trick on Deaver’s part that Colter and I have that in common.

To my amateur eye it is well researched,  and though at times this does make it obvious that the author is not part of that world, his own apparent fascination for it comes through and more than makes up for any clunky description. There are twists and turns on every page, but I don’t feel left behind. I’ll hand it to Deaver, he is a master of plot somehow, satisfyingly, pulling together all the thread. I get it now – this is the reason people love a thriller.

But like all my favourite books, this one reaches beyond what you first encounter on the page. It’s not really about the blurred lines between the online and reality (and Deaver makes no attempt to moralise on that), it’s about human nature and why we make the choices we do.

Deaver has written a modern thriller with all the hallmarks of the genre that make it so appealing but with an original idea that sets a new standard for other authors. Will I read any other crime thrillers? Unlikely. Will I read another Jeffery Deaver novel? Definitely. 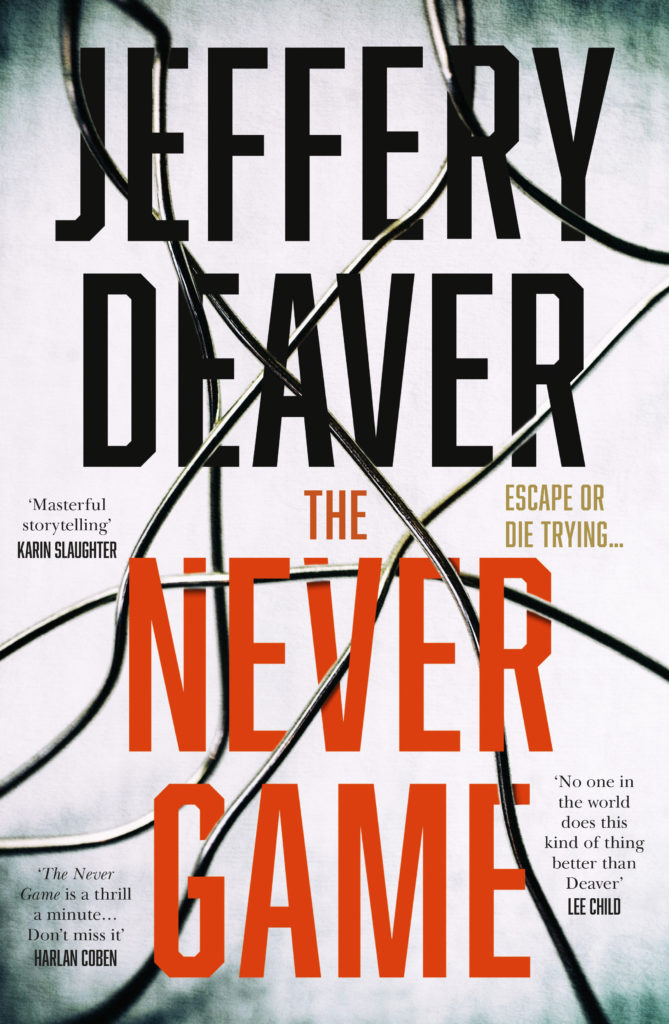 ‘Deaver’s most riveting, most twisty, most unputdownable novel yet’ – Karin Slaughter

A student kidnapped from the park. An investigator running out of time. A killer playing a dangerous game.

This entry was posted in Recommendations, Staff Picks and tagged jeffery deaver, review, staff, the never game. Bookmark the permalink.

« An exclusive extract from The Girl in the Painting by Tea Cooper
A day in the life with Rachael Treasure »
"Staff picks: Jeffery Deaver will turn anyone into a crime thriller reader"