A day in the life with Vanessa McCausland 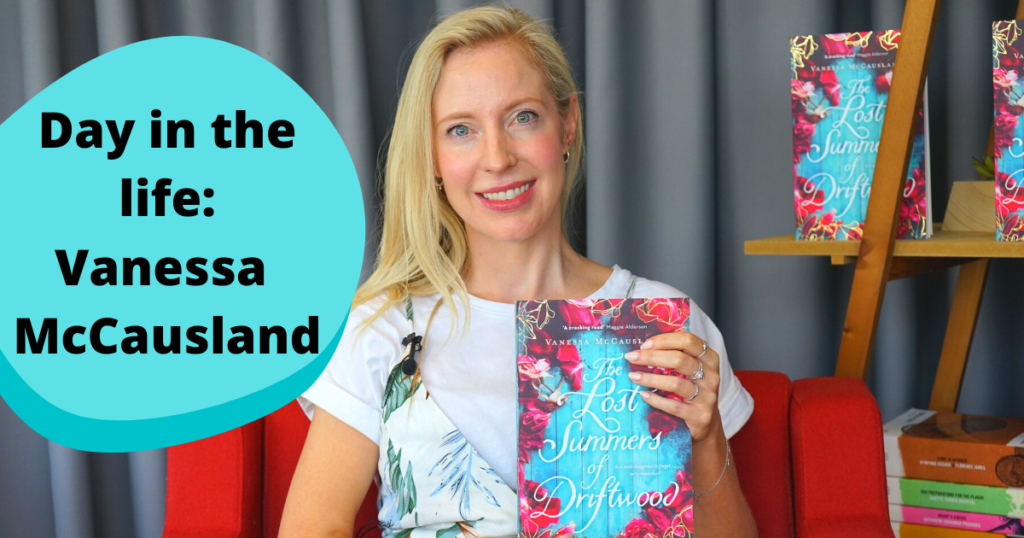 Vanessa McCausland lives on Sydney’s northern beaches with her husband and daughter. She has worked as a journalist for 17 years including as a news and medical reporter for The Daily Telegraph and entertainment reporter for mX Newspaper. Her novel, The Lost Summers of Driftwood, is out now.

My day begins with my nine-year-old daughter (aka the human alarm) waking me up. If it’s a school day we make a really good breakfast – banana pancakes, French toast or eggs. We sit and chat about what our day holds. And then there’s lunch to be made, radio news to be listened to and hair to be brushed.

After school drop off I’ll head out for a walk or go to the gym. I live on Sydney’s northern beaches and the best way to get my creative mind tuned is a walk along the beach. I love the Manly to Shelley Beach walk or the Curl Curl board walk watching the waves crash onto rocks. There’s always been something about water for me. 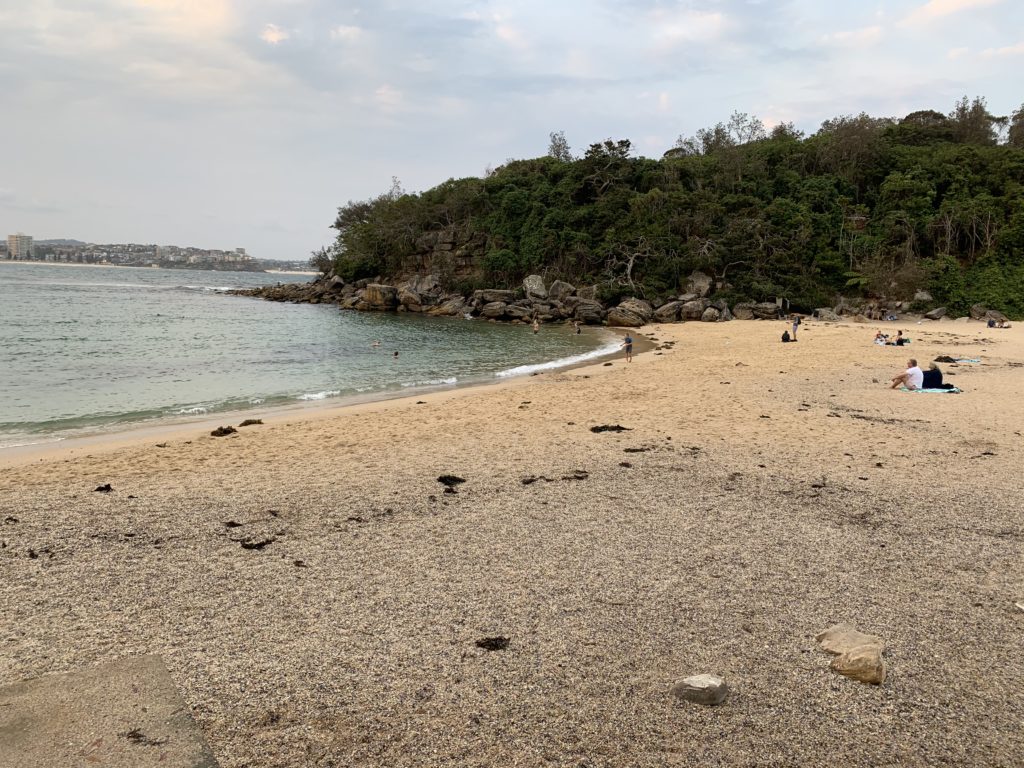 Sometimes I’ll then go to a café to write. There are some great ones in the back lanes of Manly where I can stay for hours and drink weak lattes and chai teas in peace. I have a little study at home which looks out onto the green of my garden. I catch myself looking at the leaves and daydreaming a lot. I’ 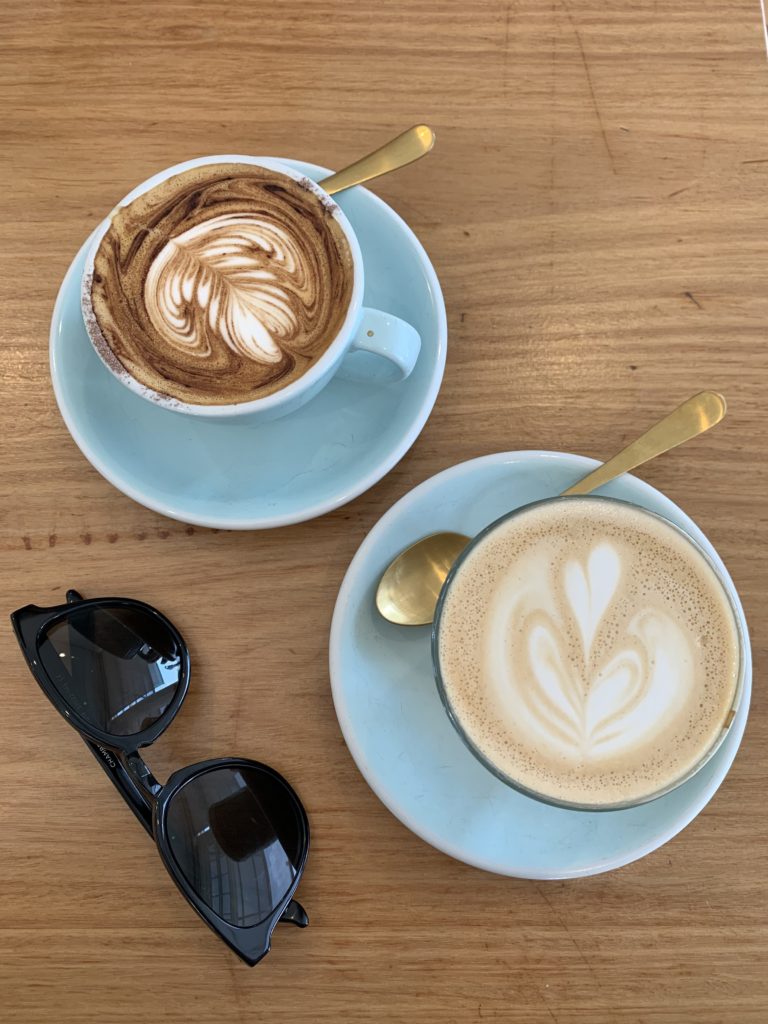 ve discovered over the years that I work best when I give my creativity space and time. I do think you need to be disciplined about writing – it’s a craft you need to diligently hone and practice, but it’s also something a little bit intangible. A little bit magic. So, I need to make sure my cup is full. For me this means reading and spending time with friends, seeing a play or movie, and being out in nature. They all feed my creative spirit. 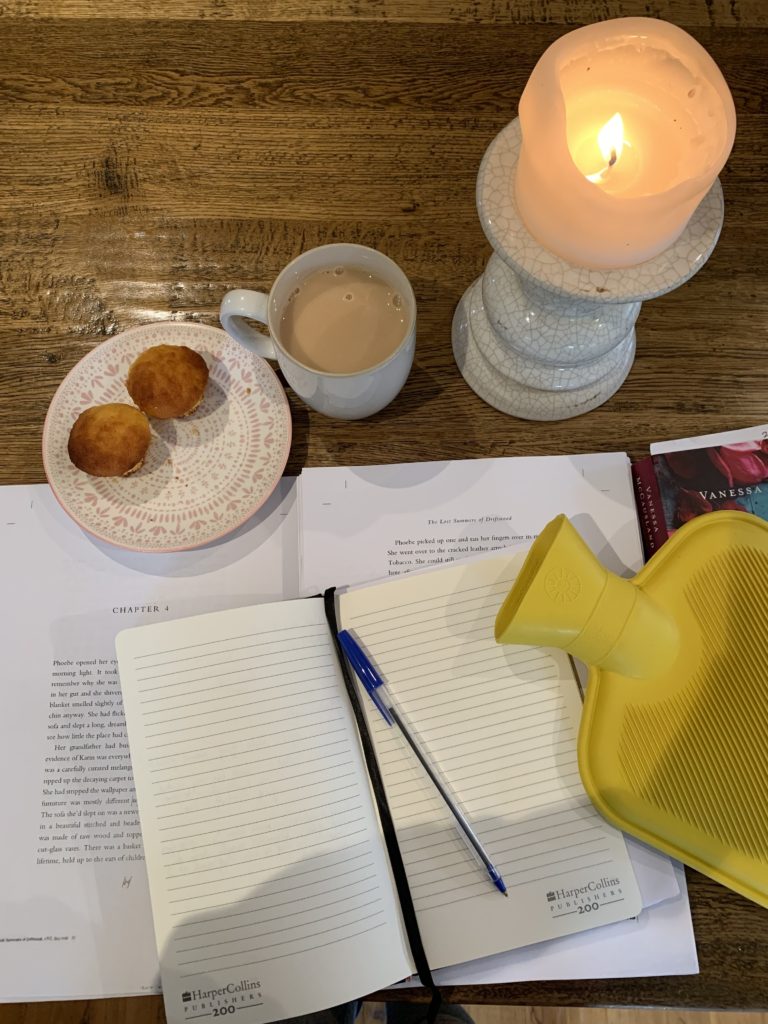 I usually write for about three or four hours, sometimes more. But if the words just aren’t coming I go and read a book or write in my journal. I try not to beat myself up and find these things are almost as important as the writing itself.

For me fiction is a slow dance, beautiful because of its considered pace. It’s also more than a hobby. I think it’s important for my mental health. Every so often my husband will look me in the eye and say “I think you need to get back to your writing.” He’s usually right. You have to have a lot of patience and time alone in a quiet room drinking tea to write a book, but it’s all worth it when you see your characters living and breathing on a book shelf.

I’m a journalist as well as an author. While I prefer the days where I have a few hours of fiction writing ahead of me (I’ve always been an introverted dreamer who loves words), I do like the change of pace of working in the real world, so to speak. I work from home where I’ll source, write, edit and build four or five stories in a working day. I love those days in a different way – for the energy and the focus and the satisfaction of getting so much done and finished. Some human interaction is also nice.

My writing day ends at school pick up. There are playdates and singing lessons and sport and then dinner to be made. We bookend our day at the dinner table asking each other two questions. “What were you grateful for today” and “What was something nice you did for someone else today?” My answer is often that I’m grateful for a day of good writing. 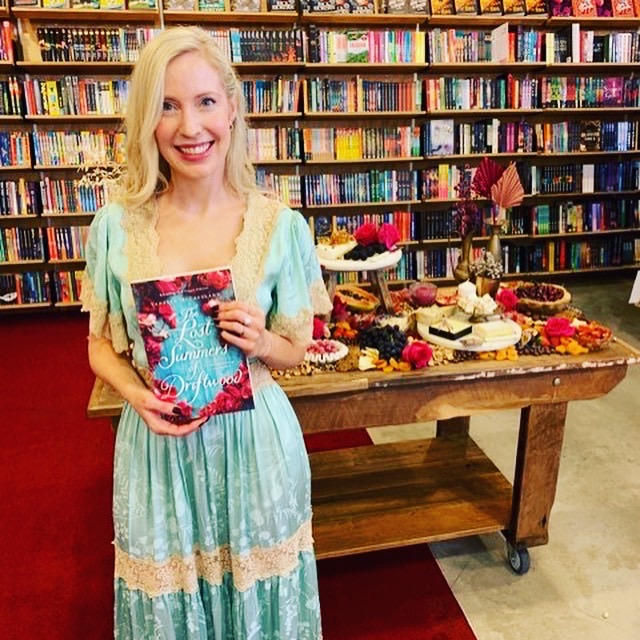 The Lost Summers of Driftwood

Is it more dangerous to forget … or to remember?

Phoebe’s life has fallen apart and there’s only one place left to go. Alone and adrift after a failed marriage proposal, she flees Sydney to her family’s abandoned holiday cottage.

On the slow-moving river Phoebe is confronted with the legacy of her older sister’s suicide, a year before. Why did Karin leave a note written in flowers and walk into the water?

Phoebe’s childhood love, Jez, has moved back to the beautiful old house, Driftwood, one jetty down. He’s married now and the home has become a refuge for an unlikely little community.

As the river begins to give up its secrets, Phoebe finds herself caught up in old feelings and new mysteries.

The Lost Summers of Driftwood is a story of lost loves, rekindled passions, tragedy and betrayal set against the backdrop of an idyllic south coast town.

This entry was posted in Day in the Life, Guest Post and tagged day in the life, lost summers of driftwood, vanessa mccausland. Bookmark the permalink.

« Read a sneak peek: The Long Road Home by Fiona McCallum
2020 Events: Sophie McNeill »
" A day in the life with Vanessa McCausland"