HarperCollins Publishers Australia acquires The Truth About Her by Jacqueline Maley

HarperCollins Publishers Australia is pleased to announce it has acquired ANZ rights to journalist Jacqueline Maley’s debut novel, The Truth About Her, in a two-book deal brokered by Jeanne Ryckmans of Cameron’s Management.

The Truth About Her is a tender, witty, intelligent and moving exploration of guilt, shame, female anger, and mothering, with all its trouble and treasure. Mostly, it is a story about the nature of stories – who owns them, who gets to tell them, and why we need them.

The summer I wrote the story that killed Ellie Doran, I weighed 65 kilos and had just stopped having sex with two very different men, following involvement in what some people on the internet called a ‘sex scandal’, although when it was described that way it didn’t seem like the kind of thing that happened to me. It seemed like something that happened to the people that I wrote about, who were of a different class altogether.

Early one summer morning, journalist and single mother Suzy Hamilton gets a phone call and finds out that the subject of one of her investigative exposés, 25-year-old wellness blogger Ellie Doran, has killed herself overnight. Suzy is horrified by this news but copes in the only way she knows how – through work, mothering, and carrying on with her ill-advised, tandem affairs.  But as the consequences of her actions catch up with her and she starts receiving anonymous vindictive letters, Suzy is pursued by Ellie’s mother wanting her, as a kind of rough justice, to tell Ellie’s story, but this time, the right way… 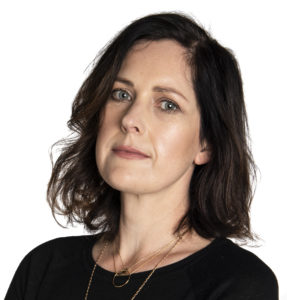 Jacqueline Maley is a columnist and senior writer for the Sydney Morning Herald and Age newspapers, where she writes about politics, people and social affairs. She has also worked on staff at The Guardian in London and at The Australian Financial Review, as well as contributing to numerous other publications including Gourmet Traveller and Marie Claire. In 2016, she won the Kennedy Award for Outstanding Columnist.

Jacqueline Maley said: ‘Writing this book was a personal lifeline – a world I could live in for a year or so, populated by people I invented, then loved, tested, and tortured slightly. I wanted to write something big about subjects that have often been treated as small – motherhood, shame, female anger and the glorious, impossible mess of trying to extricate the story of one person from the story of another. I also wanted it to be funny, because writing this book gave me freedom and fun, at a time when I had little of those currencies in my daily life.  To set my book free from my imagination and loose into the world is thrilling. Even more thrilling, I’m publishing it with Catherine Milne and HarperCollins, who have connected to it and loved it, at the passionate urging of my inimitable agent Jeanne Ryckmans.  I have now become the kind of person who is able to drop “my publisher” and “my agent” into conversation and I’m so happy I’m not even ashamed of myself. I can’t wait to start writing my second book with HarperCollins, but my family and friends should in no way be alarmed if I start taking notes at our future get-togethers…’

Catherine Milne, Head of Fiction and Fourth Estate Publisher, said: ‘Jacqueline Maley was born to write fiction. The Truth About Her is tender, wry, compassionate, rueful, knowing. As a reader, I gulped it down greedily but there’s so much there to unwind and think about. This is vivid, beautiful and intelligent storytelling, in the vein of Anne Tyler, Elizabeth Strout and Ann Patchett. I am so excited to introduce Jacqueline Maley as a striking new writer on the Australian literary scene.’

The Truth About Her will be published by HarperCollins under the Fourth Estate imprint in early 2021. Film and television rights are held by Jeanne Ryckmans at Cameron’s Management.

HarperCollins Publishers is the second largest consumer book publisher in the world, with operations in 17 countries. With over two hundred years of history and more than 120 branded imprints around the world, HarperCollins publishes approximately 10,000 new books every year, in over 30 languages, and has a print and digital catalogue of more than 200,000 titles. Writing across dozens of genres, HarperCollins authors include winners of the Miles Franklin Award, the Nobel Prize, the Pulitzer Prize, the National Book Award and the Man Booker Prize. Publishing Australian stories since 1888, HarperCollins Publishers Australia, incorporating the Angus & Robertson imprint, is Australia’s foundation publisher. It is a subsidiary of News Corp.

HarperCollins Publishers Australia acquires The Truth About Her by Jacqueline Maley