BANKING BAD: How greed and broken governance conspired to break our trust in corporate Australia by ADELE FERGUSON 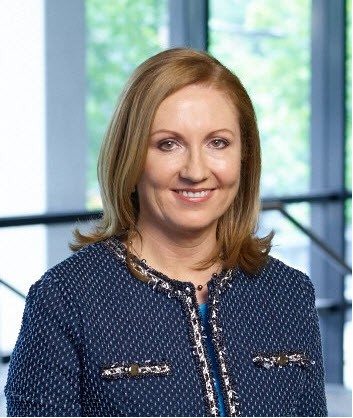 HarperCollins Australia is proud to announce it will be publishing in August 2019 Adele Ferguson’s book Banking Bad: How greed and broken governance conspired to break our trust in corporate Australia. The book will be published under the prestigious ABC Books imprint.

Adele Ferguson was the journalist most responsible for consistently exposing complaints, and documenting the corruption, fraud and mismanagement in the Australian financial sector, which led to the Royal Commission into Misconduct in the Banking, Superannuation and Financial Services Industry. Public exposure of the scandals began with a series of stories she broke, following complaints by whistleblowers and dissatisfied customers detailing serious conflicts of interest, malpractice and hardship.

As pressure built for a commission, government ministers maintained there was no problem.

Now the banking royal commission has shocked the nation with its findings. Even leaders who maintained faith in the integrity of the financial sector and opposed the commission have expressed consternation at the practices revealed.

Adele’s book will trace the origins of the destruction of wealth, trust and respect that is unparalleled in corporate history and what the fallout means for all Australians.

‘What’s happened in relation to the banks has shown the top end of town at its worst. My motivation in reporting has been to give a voice to the exploited consumer and to those who were doing the right thing. Banking Bad gives me the opportunity to tell the compelling full story of what went wrong in our financial institutions and where to next.’

Publisher Mary Rennie says: ‘I am thrilled to be publishing such a significant book. Banking Bad is going to be essential reading for all Australians. There is no better qualified person to write this scandalous story. Adele Ferguson was instrumental in the royal commission being set up and has exposed much of the shameful conduct. She has been the finance customers’ finest champion.’

Adele Ferguson is a multi-award winning senior business writer and columnist for leading Fairfax newspapers The Age, The Sydney Morning Herald and the Australian Financial Review. She is a regular guest reporter on ABC’s Four Corners and 7.30, and is the author of the bestselling unauthorised biography on Gina Rinehart, the richest woman in Australia. With more than 20 years in journalism, Adele is one of Australia’s most awarded journalists.

She has received eight Walkley awards, including a Gold Walkley for her joint Fairfax Media and Four Corners program ‘Banking Bad’, two Gold Quill Awards, including one for her expose into CBA’s Comminsure, two Gold Kennedy Awards, a Logie, and the Graham Perkin Journalist of the year. Her series of investigations into the banks over the past five years helped bring about a royal commission into the sector.

Adele has a bachelor of economics and arts degrees from Adelaide University.

BANKING BAD: How greed and broken governance conspired to break our trust in corporate Australia by ADELE FERGUSON