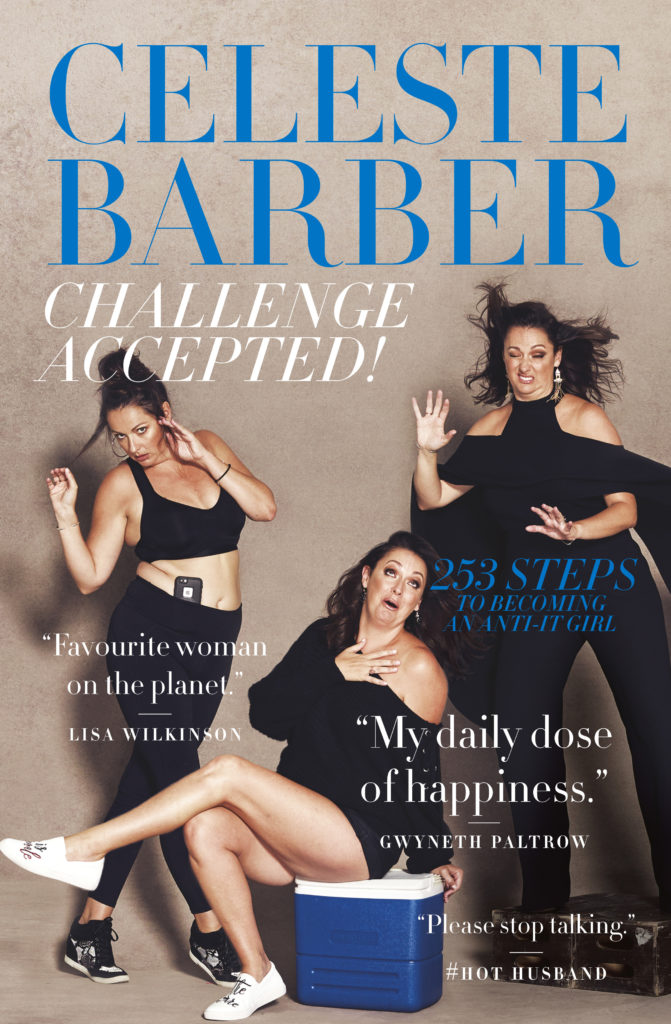 Instagram models step aside – Celeste Barber is here to show you how life should be done – or at least kill you laughing in the process.

‘Prepare to laugh when reading this memoir. Just when Celeste has you in stitches, she hits you right in the heart.’
– Reese Witherspoon

‘Celeste Barber makes me laugh and is a daily reminder to not take it all too seriously!’

‘Favourite woman on the planet’

‘My daily dose of happiness’

In the tradition of Tina Fey’s Bossypants, Challenge Accepted! is part memoir, part comedy routine, part advice manual. Calling out our ridiculous obsession with celebrity Instagram culture, Celeste reveals all.  She lets us in on her thoughts on keeping it real, the secrets to love, friendship, family and marriage (oh hai, #hothusband), and how to deal with life’s many challenges – like motherhood, what to do when your local bottle shop owner can’t remember your name, and why being famous on Instagram is like being rich in Monopoly.

Celeste is real, she’s funny, and the world can’t get enough of her. Watch out Nobel Prize for Literature nominees, Celeste is coming.

Celeste Barber is a trained actor, writer, comedian and social media gigastar. With a slew of television, theatre and stand up shows to her credit, Celeste has been actively working in the entertainment industry for over a decade.

Widely known as paramedic Bree Matthews on All Saints, she has had reoccurring roles on Home and Away, Wonderland and How Not to Behave. She’s a regular panellist on the Ten Network’s Have You Been Paying Attention and has been a co-host on Studio 10. She had her own SMH web series, Office Correctness and she was co-writer and performer on ABC’s Late Night Angel Weenie Babies. In 2015 she was a MICF Raw Comedy state finalist and performed sold out shows at both the Sydney Comedy and Fringe Festivals.

#celestechallengeaccepted began in January 2015 as a fun experiment to see what it would look like for an average person to photograph herself doing rich people things. Celeste has since amassed 4.5 million and growing social media followers.  She lives in New South Wales, Australia and you can find her online at celestebarber.com.

CELESTE BARBER IS AVAILABLE FOR INTERVIEW.