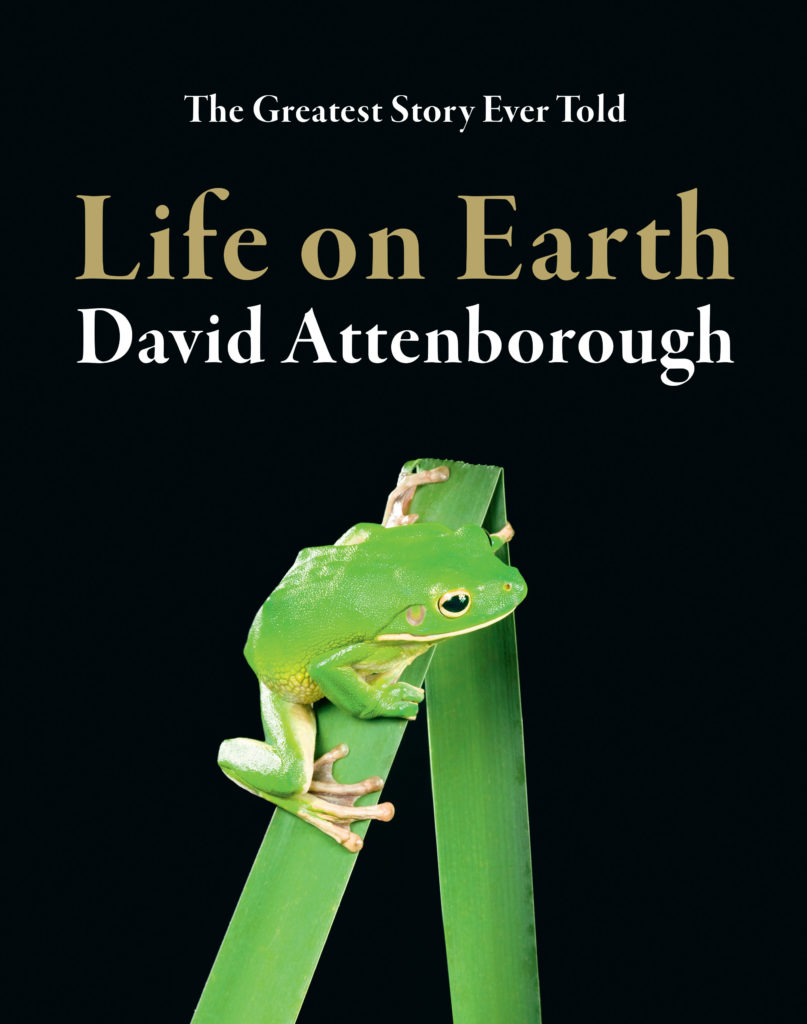 David Attenborough’s meeting with gorillas was one of the most unforgettable moments for millions of television viewers. With Life on Earth, Attenborough created a book and TV series that became a benchmark of quality, influencing a generation of nature lovers.

David Attenborough’s internationally acclaimed book of the TV series was a worldwide bestseller. Told through an examination of animal and plant life — with occasional juxtapositions of extinct fossil forms to reveal the origin of living creatures — Life on Earth is an astonishing celebration of the evolution of life on Earth, with a cast of characters drawn from the whole range of organisms that have ever lived on this planet.

Attenborough’s perceptive, dynamic approach to the evolution of millions of species of living organisms that populate the planet takes the reader on an unforgettable journey of discovery from the very first spark of life to the blue and green wonder we know today.

To celebrate the 40th anniversary of the book’s first publication, Attenborough has revised Life on Earth, updating and adding to the original text and choosing beautiful, completely new photography. This special anniversary edition provides a fitting tribute to an enduring wildlife classic. It will enthrall the generation who saw it when first published, and will bring Attenborough’ groundbreaking story alive for a whole new generation.

ABOUT THE AUTHOR
Sir David Attenborough is a broadcaster and naturalist whose television career is now in its seventh decade. After studying Natural Sciences at Cambridge and a brief stint in publishing, he joined the BBC. Since the launch of his famous Zoo Quest series in 1954 he has surveyed almost every aspect of life on earth and brought it to the viewing public. His latest television series, Planet Earth II, was the most-watched nature documentary of all time.

For further information or to request a review copy or interview please contact: