Media Release: The Girl on the Page by John Purcell

The Girl on the Page
John Purcell

A witty, razor-sharp novel set in the world of publishing, written by the ultimate industry insider.

Amy Winston is a hard-drinking, bed-hopping, hot-shot young editor on a downward spiral. Having made her name and fortune by turning an average thriller writer into a brand superstar, Amy is given the unenviable task of steering literary great Helen Owen back to publication. When Amy knocks on the door of Helen’s beautiful townhouse in north-west London, Helen and her novelist husband, Malcolm, are conducting a silent war of attrition. The townhouse has been paid for with the enormous seven-figure advance Helen received for the novel she wrote to end fifty years of making ends meet on the stale crusts of critical acclaim alone. The novel Malcolm thinks unworthy of her. The novel Helen has yet to deliver. The novel Amy has come to collect. Amy has an ultimatum for Helen: sell out or face ruin.

In The Girl on the Page, John Purcell draws on his experience in the industry to deliver a literary page-turner which asks searching questions about the intersection of art and commerce and the often-discordant relationship between integrity and ambition – especially when greed and betrayal are in the mix. Ultimately, The Girl on the Page is about the redemptive power of great literature – and the potentially disastrous consequences if we seek to compromise that greatness. 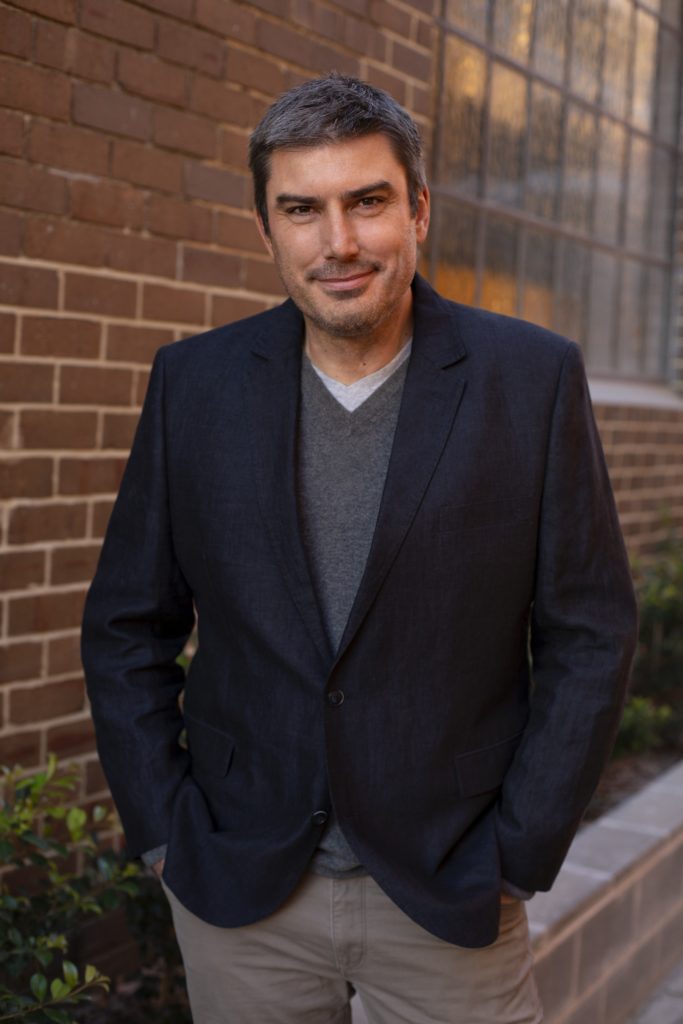 John Purcell has worked in the book industry for the last twenty years. After living in Europe and while still in his twenties, John opened a secondhand bookshop in Sydney, in which he sat for ten years reading, ranting and writing. In 2009, John joined Booktopia, Australia’s largest online bookseller, where he is currently Director of Books and spends his days interviewing and promoting Australian and international writers. In 2012, under the pseudonym Natasha Walker, John published a bestselling trilogy, The Secret Lives of Emma, which went on to sell over 50,000 copies in the Australian market alone. John has appeared regularly at live events at the Sydney Writers Festival and the Wheeler Centre, and has appeared on Sunrise, Seven News, Nine News, ABC TV and across ABC radio.

The Girl on the Page by John Purcell

Media Release: The Girl on the Page by John Purcell