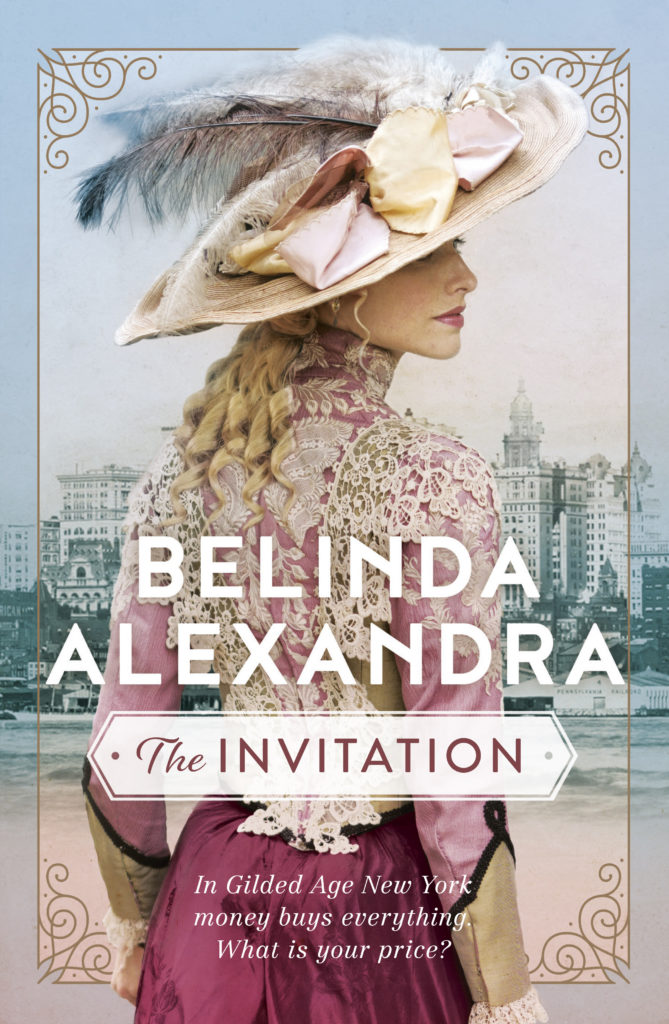 From one of Australia’s bestselling authors comes a mesmerising tale of two sisters and the dangers and seductions of excess.

Set in Gilded Age New York at the turn of the twentieth century – a time when families like the Carnegies, Rockefellers and Vanderbilts controlled vast fortunes – The Invitation is a sumptuous novel exploring a fascinating period in American history. This novel marks a new direction for Belinda Alexandra and could be described as ‘Gilded Age Domestic Noir’. It also coincides with a renewed interest in the era, with the makers of Downton Abbey due to release a series set in New York early next year.

The Invitation is the story of two sisters who have been estranged for almost twenty years. When Caroline invites her younger sister, Emma, to visit her in New York, Emma is intrigued. She leaves behind her bohemian Parisian lifestyle and is thrust into her sister’s lavish life of opulence as one of New York’s Gilded Age millionaires.

Emma hopes for an emotional reunion with her only family, but instead she finds herself in the vice-like grip of her charismatic and manipulative sister, who revels in the machinations of high society – plotting and scheming to improve her social standing.

As Emma begins to question her sister’s true motives, a disaster strikes, and New York society is stripped bare. Beneath the glittering exterior lies a seething nest of deceit, betrayal, moral corruption – and perhaps even murder.

Belinda Alexandra is the daughter of a Russian mother and an Australian father and has been an intrepid traveller since her youth. Her love of other cultures is matched by her passion for her home country, Australia, where she is a member of the NSW Wildlife Information Rescue and Education Service (WIRES) and is a patron of the World League for the Protection of Animals (Australia). Belinda has sold over half a million copies of her books in Australia alone since the publication of her first novel, White Gardenia.

The Invitation by Belinda Alexandra