Media Release: The Land Before Avocado by Richard Glover

The Land Before Avocado

The new book from the bestselling author of Flesh Wounds. A funny and frank look at the way Australia used to be – and just how far we have come. 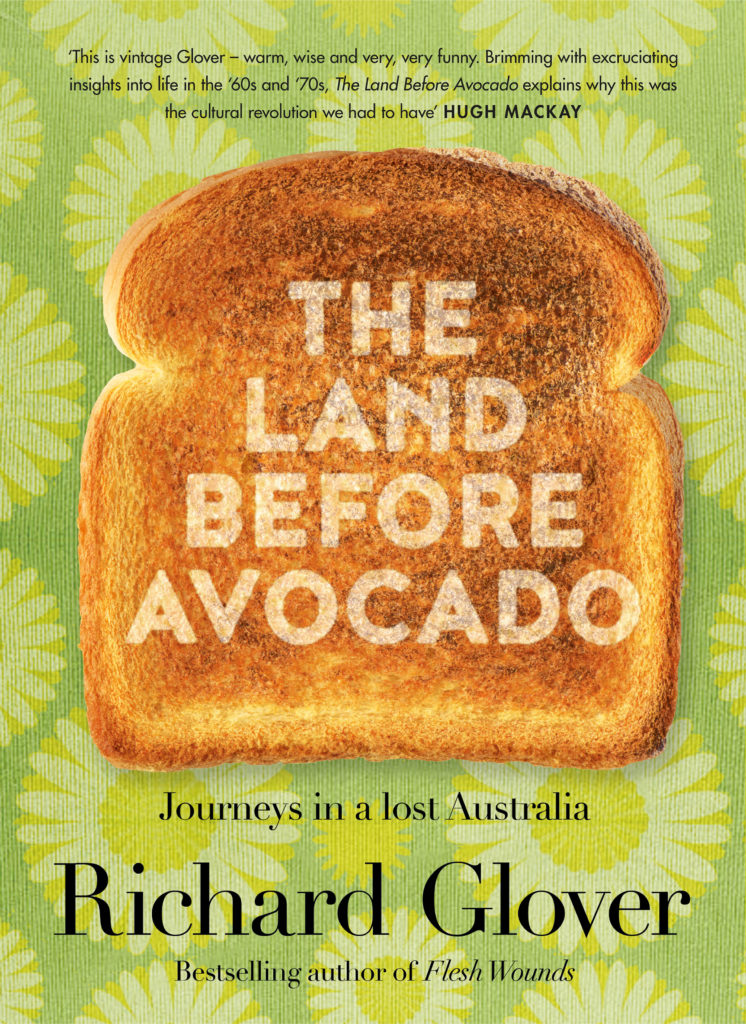 In The Land Before Avocado, Richard Glover takes a journey to an almost unrecognisable Australia. It’s a vivid portrait of a quite peculiar land: a place that is scary and weird, dangerous and incomprehensible, and, now and then, surprisingly appealing.

It’s a place of funny clothing and food that was appalling, but amusingly so. It also the land of staggeringly awful attitudes – often enshrined in law – towards anybody who didn’t fit in.

The Land Before Avocado will make you laugh and cry, be angry and inspired. And leave you wondering how bizarre things were, not so long ago.

Most of all it will make you realise how far we’ve come – and how much further we can go.

Richard Glover has written a number of bestselling books, including In Bed with Jocasta and George Clooney’s Haircut and Other Cries for Help. His most recent book, the acclaimed memoir Flesh Wounds, was voted by viewers of ABC Televisions’ ‘The Book Club’ as one of their Top 5 favourite books of the year. Richard also writes a weekly column for the Sydney Morning Herald and presents the Drive show on ABC Sydney.

‘Not since Unreliable Memoirs by Clive James has there been a funnier, more poignant portrait of an Australian childhood’ – Australian Financial Review

Media Release: The Land Before Avocado by Richard Glover