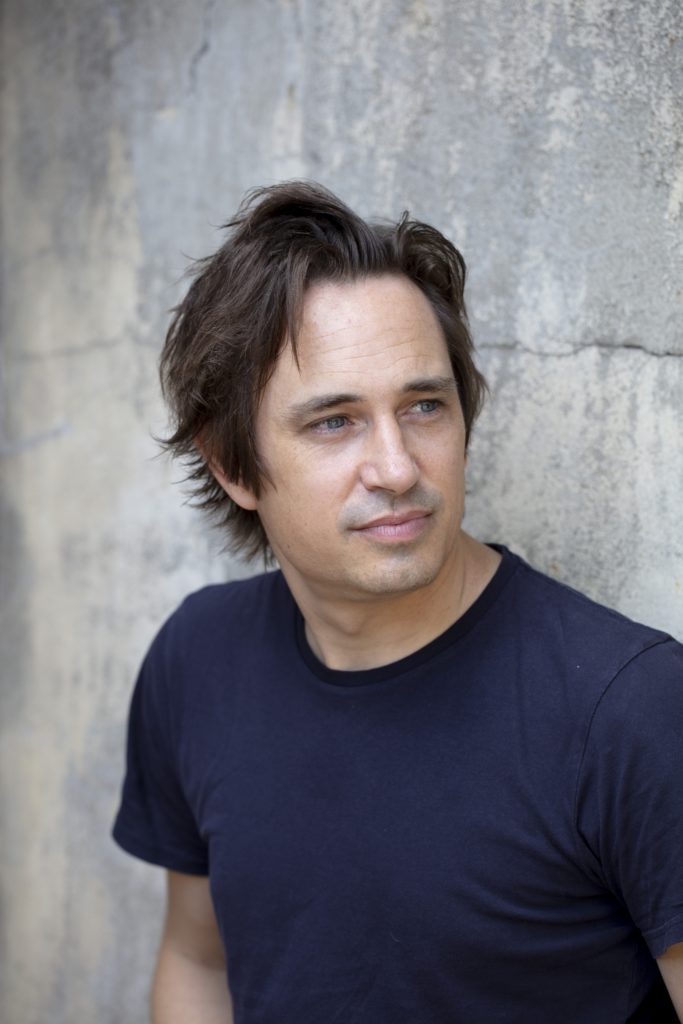 All Our Shimmering Skies is set in Darwin in 1942. As Japanese bombs rain down, motherless Molly Hook, the gravedigger’s daughter, turns to the sky for guidance. She carries a stone heart inside a duffel bag, next to a map that leads to Longcoat Bob, the deep-country sorcerer who put a curse on her family. By her side are the most unlikely travelling companions: Greta, a razor-tongued actress, and Yukio, a fallen Japanese fighter pilot. Beyond the bush lies the treasure. Close behind them trails the dark. And above them, always, are the skies. All Our Shimmering Skies is a story about gifts that fall from the sky, curses we dig from the earth and the secrets we bury inside ourselves.

Catherine Milne, HarperCollins Publishers Australia Head of Fiction and Fourth Estate Publisher, said: ‘Trent’s second novel is an odyssey of true love and grave danger; of darkness and light; of bones and blue skies. It’s a buoyant, beautiful and magical novel abrim with warmth, wit and wonder, a love letter to Australia and the art of looking up.’

All Our Shimmering Skies will be published by HarperCollins under the Fourth Estate imprint on 16 June 2020. For more information, visit harpercollins.com.au/trentdalton.

HarperCollins Publishers is the second largest consumer book publisher in the world, with operations in 17 countries. With over two hundred years of history and more than 120 branded imprints around the world, HarperCollins publishes approximately 10,000 new books every year, in over 30 languages, and has a print and digital catalogue of more than 200,000 titles. Writing across dozens of genres, HarperCollins authors include winners of the Miles Franklin Award, the Nobel Prize, the Pulitzer Prize, the National Book Award and the Man Booker Prize. Publishing Australian stories since 1888, HarperCollins Publishers Australia, incorporating the Angus & Robertson imprint, is Australia’s foundation publisher. It is a subsidiary of News Corp.