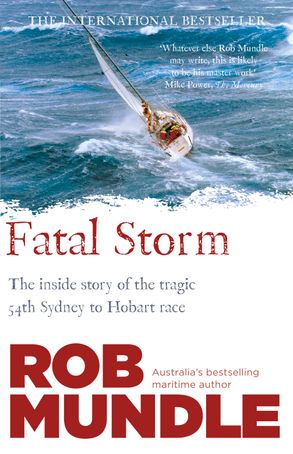 Just before 1pm Boxing Day 1998, many thousands of Australians gathered - on and around Sydney Harbour, or in front of their televisions - to watch the start of an annual summer sporting tradition: the 628 nautical mile Sydney to Hobart yacht race. It was the 54th staging of one of the world's three classic offshore races, and the harbour was laden with excitement and colour as the 115 competing yachts jostled their way towards the start line while the countdown was in its final seconds. The moment the cannon boomed its signal, the fleet began the short dash towards the heads, before turning south and onto the waters of the Tasman Sea. It was an adrenaline-charged time for all competitors, but little did they know an unpredicted major storm cell was developing offshore and lying directly in their path. The fleet and the storm were destined to intersect.

In little more than 24 hours, the majority of yachts were being hammered by hurricane-force winds and gigantic swells, some the height of 10 storey buildings. The Sydney to Hobart had become a race for survival. What ensued was the largest peacetime search and rescue mission Australia has ever known. Six sailors perished, five yachts sank, 55 sailors were winched to safety. Only 44 yachts reached the finish.

'Whatever else Rob Mundle may write, this is likely to be his master work' - Mike Power, The Mercury

'Rob Mundle is a master of the maritime narrative' - Sunday Age