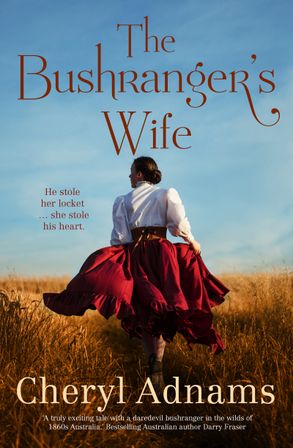 How do you tame a wild colonial boy? With an even wilder colonial girl.

Jack the Devil's reputation precedes him. The most notorious bushranger on the Central Highlands, nothing throws him off his game-until he holds up Prudence Stanforth and her grandmother. Jack can't help but be captivated by the feisty Pru and her lack of fear in the face of danger.

Weeks later, Pru crosses paths with the respectable businessman Jack Fairweather, and it's not long before she recognises him as the bushranger who stole her favourite necklace. His price for the locket's return is a kiss-a kiss that ignites sparks in them both.

When Pru discovers her grandmother has been keeping a devastating secret, running away with Jack the Devil is the perfect escape for her broken heart. The dangerous nature of his less than salubrious occupation is a poetic contradiction to her sheltered upbringing, and only fuels their passion.

But as life becomes more complicated, will the return of dark elements from Jack's past ruin their chance at happiness?

'A story that's brimming with tension and action, rich in atmosphere and charged with emotion. Highly recommended.' - Theresa Smith Writes on The Girl from Eureka

Cheryl Adnams lives in Adelaide, South Australia. She has published four Australian rural romance novels and this is her first Australian historical novel. Cheryl has a Diploma in Freelance Travel Writing and Photography and has lived and worked in the United States, Canada and spent two years with a tour company in Switzerland and Austria. Her passion for Italy, volcanology and cycling have made their way into her stories and her favourite writing retreats include Positano on the Amalfi Coast and Port Willunga Beach just south of Adelaide. When she's not writing, Cheryl is still creating in her busy full time job as a trainer and learning designer.

Other Works by Cheryl Adnams

The Girl From Eureka

The Bushranger's Wife by Cheryl Adnams